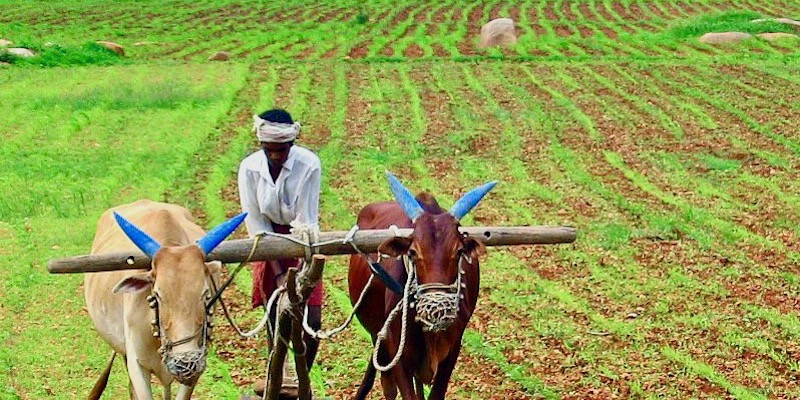 Farmers across India are protesting. They are blocking roads, burning effigies of Prime Minster Narendra Modi and setting alight copies of three new laws. These laws have also caused a split within the ruling National Democratic Alliance. The Shiromani Akali Dal, one of the Bharatiya Janata Party’s oldest allies, has broken ranks and its sole Union minister, Harsimrat Kaur Badal, has resigned.

The laws themselves were rushed through Parliament, through a controversial voice vote amid raucous protests.

What exactly are these laws and why do they matter?

They are the Farmers (Empowerment and Protection) Agreement of Price Assurance and Farm Services Bill, the Farmers Produce Trade and Commerce (Promotion and Facilitation) Bill and the Essential Commodities (Amendment) Bill. All have been touted as “anti-farmer” by the Opposition.

The government claims these bills will help small farmers by enabling them to sell produce outside designated markets and to sign agreements with agri-business companies. They also do away with stock-holding limits on key commodities.

Farmers can sell their produce anywhere across the country, even through electronic markets, and states cannot levy a cess on them. There are provisions on contract farming, meaning farmers and buyers can strike deals before the harvest, thus ensuring security of purchase and cash advances for the harvesting.

This sounds pretty good, so why are farmers angry?

The greatest fear is that these laws lay the foundation for an end to the minimum support price, the rate at which the government buys produce from farmers. It acts like a guarantee of purchase and as a market pricing mechanism that ensures a good return for farmers.

The new laws open up agriculture sales and marketing outside the designated Agricultural Produce Market Committee markets. Why are they important? They are designed to ensure fair trade between buyers and effective price discovery. They regulate the trade by licensing buyers, middlemen and private markets, and providing infrastructure. By ending their dominance, farmers believe, the government is laying the ground to scuttle the minimum support price.

Their suspicions have been heightened because the laws offer protection against price exploitation but don’t prescribe a mechanism for it. This means that large corporations could use their market clout and cartelisation to exploit farmers.

Objections to the contract farming provisions are linked to this.

Contract farming is not a new concept. In essence, it means that farmers can enter into agreements with buyers before the harvest and fix the price then to protect against fluctuations later. Such informal agreements have been common for years. However, India’s farm sector is highly unorganised and farmers lack the resources to enforce contracts or fight legal battles in case of disputes.

The power that these laws hand to corporations is a massive worry. The Modi government claims that it would boost farm incomes but farmers believe it will only hasten the corporatisation of the agriculture sector and reduce their bargaining power. This is very similar to what we are seeing in the retail sector where small shops and traders are being swamped by mega corporations through their immense financial and marketing power.

Even the definition of a trader of agricultural produce has changed. Earlier, only licensed middlemen could trade in such goods but now anyone with a PAN card can. This diminishes farmers’ ability to distinguish between trustworthy and untrustworthy traders.

Perhaps the provision that should worry you and me most is the removal of stockholding limits on food items. It has not only a direct bearing on prices it, has serious implications for India’s food security. Here’s how.

Exporters, processors and traders can hoard farm produce during the harvest when prices are lower and release them in a controlled manner later to ensure you pay a lot more than you would have in times of regular supply. No wonder critics have warned of intense volatility in the prices of essentials.

States would have no visibility on stocks within their borders, posing a serious risk to food security.

None of this augurs well for the average farmer, but it’s just more good news for large corporations.

Remember, we’re in the midst of a pandemic and an economic crisis that has wiped out a quarter of our GDP. India’s agriculture sector had been reeling for years before that and farmer suicides due to debt, ruined crops and lack of government support are so common they don’t even make news anymore.

Now we have these three laws rammed through Parliament without adequate legislative or national debate.