When the media abdicate their responsibility 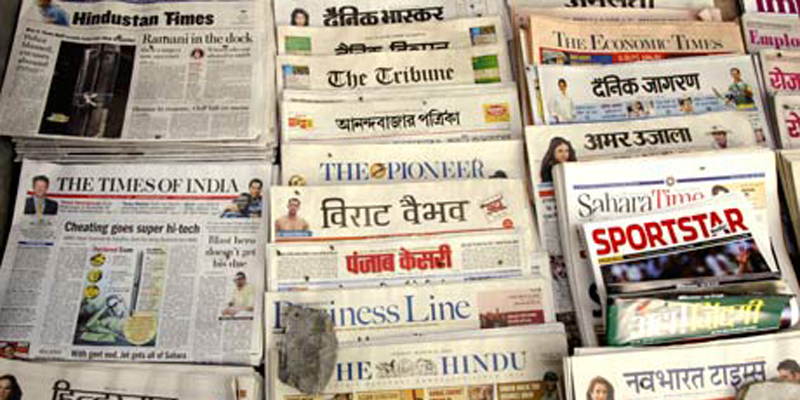 Reading columns in newspapers in the last few weeks has been a real eye-opener. Especially columns I had stopped reading and had to force myself to start again. In the Indian Express, both Tavleen Singh and Meghnad Desai have started attacking the Narendra Modi government, on the targeting of Muslims, on the spread of sectarian hatred and the collapse of the Indian economy on his watch and/or with his active participation in both. In the Sunday Times of India, Swaminathan S Anklesariya Aiyar has become critical of the Modi government’s handling of the economy and of the various unconstitutionalities in the Citizenship Amendment Act, the National Register of Citizens and the National Population Register, where earlier he had flip-flopped. Chetan Bhagat who was once all praise for Modi now finds he admires Arvind Kejriwal and the Aam Aadmi Party.

Of these examples, only Tavleen Singh and Anklesariya Aiyar are journalists, both very senior. Desai is an academic, Bhagat is a writer. They are opinion-makers and “influencers” with regular TV appearances. And they are all “enablers” of the BJP and cheerleaders for some aspects Narendra Modi’s personality and policies.

There are countless more. Not just individual journalists but media houses, news agencies, media owners all actively working as propaganda agents for the BJP and for Modi. Language news channels, especially the Hindi ones, have encouraged the spread of sectarian hatred, have moved the agenda away from every failure of both terms of the Central Government, whether social, developmental or economic, and kept the narrative on Hindu versus Muslim and India versus Pakistan.

If this sounds dire or exaggerated, then the reader has spent the last six years in an underwater cavern or has been part of the problem. When the Prime Minister announced his plan to demonetise 85 per cent of Indian currency in circulation in 2016, news channels like Zee News and AajTak went to town with their exuberant fantasies. Terrorism would end. Counterfeit currency would never enter our markets again. Corruption was finished. Only those who dealt in black money were upset. New currency notes would be enabled with GPS-enabled chips so they could be tracked. These new notes were uncopiable and so on. 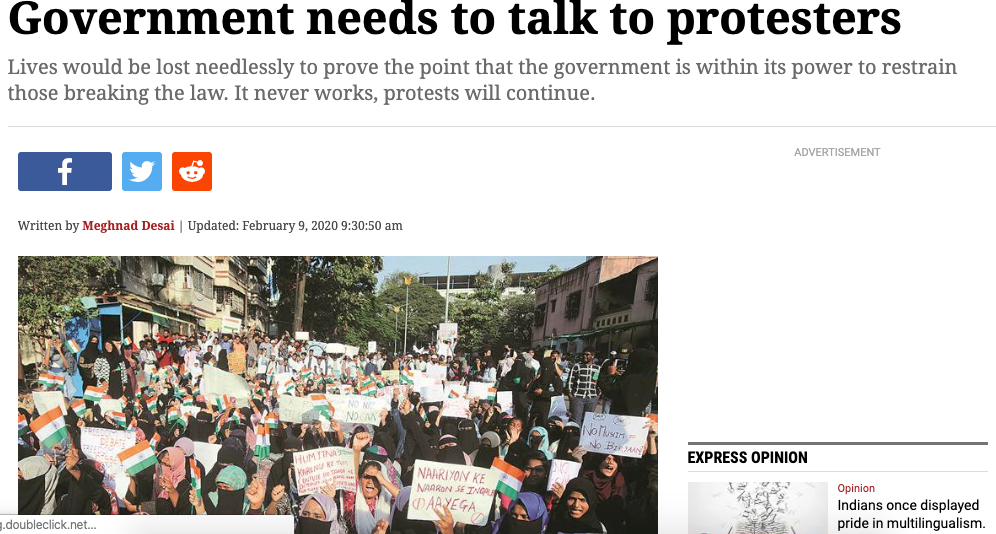 In a normal world, no journalist would believe such outlandish and absurd claims made by a government, even if announced by an exalted person like a prime minister. As the next few years showed, the sceptics and naysayers were proved correct. Demonetisation was unmitigated disaster, destroyed large swathes of industry, led to largescale unemployment in the unorganised sector and increased rural poverty. Terrorism did not end nor did corruption. As it turned out, the new ₹2000 notes were very easy to counterfeit! As for GPS-enabled chips, this is what happens when “journalists” believe Whatsapp forwards and refuse to corroborate such “information”.

That Modi and the BJP won the Centre once again in 2019 is a testament to the power of fake news spread by mainstream media houses as well as to the successful encouraging of hatred in sections of society. The 2014 election was won on promises of inclusive development and the arrival of “good days”. The 2019 election was won on promises of ridding India of “termites” and illegal immigrants and mythical “greatness”.

Through the Supreme Court verdict in favour of a temple at Ayodhya, through the abrogation of Article 370 in Jammu and Kashmir, trifurcating the state, reducing sections to Union territories, taking away democratic rights and imprisoning all politicians, through outright horse-trading in state elections, the media continued with its promotion of the new Modi-Amit Shah government. Times of India journalists like Aarti Tikoo Singh deposed before a US Congressional hearing on Kashmir, to put forward the Indian government’s viewpoint.

It was only when protests against the CAA became stronger across India that some of these enablers have somewhat changed their tune. Others continue with their toxic agenda. Shaheen Bagh, an area of Delhi where women have been on a sitdown protest for almost two months, asking for assurances about the CAA, has angered the government, its supporters and sections of the media. The reason is not far to seek: the women are Muslim. 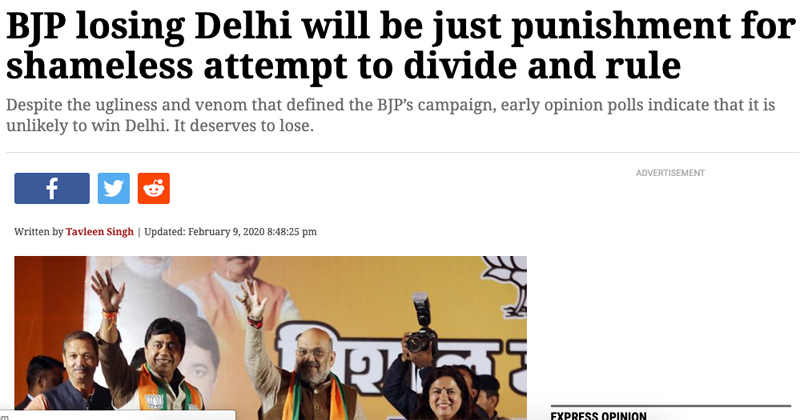 Deepak Chaurasia of News Nation and Sudhir Chaudhary of Zee News both made it a point to go there, create a ruckus and then try and blame the women of Shaheen Bagh. Chaudhary, upset with exit polls which gave the Aam Aadmi Party an advantage over the BJP in the Delhi assembly elections more or less called the people of Delhi anti-national.

This enormous loyalty to the BJP and Modi is in spite of the fact that journalists have been beaten up by ABVP mobs, part of the larger BJP family and that innocent people have been killed in police firings. Indeed, several well-established journalists and commentators took to social media to create and equivalence between deaths by police brutality and the burning of a bus by anti-CAA protestors.

There are quid pro quos for this loyalty and they show up in interesting ways. Comedian Kumal Kamra heckled bombastic BJP supporter and TV anchor Arnab Goswami on a flight they were both on. The minister for civil aviation stepped in and got Kamra’s flying rights suspended from three airlines. This is before any due process was followed or any investigation done.

The world however is watching. And the world’s media has been sharp and scathing. Within India, voices are growing louder. But it took the people of India to stand up to fascism, with the Indian media on the other side, as government and party stooges.

There are no words to describe the shame and abdication of ethics.

Ranjona Banerji is a senior journalist and commentator