‘As a Dalit, I was ready to die for RSS, but they wouldn’t even touch food I had cooked’ 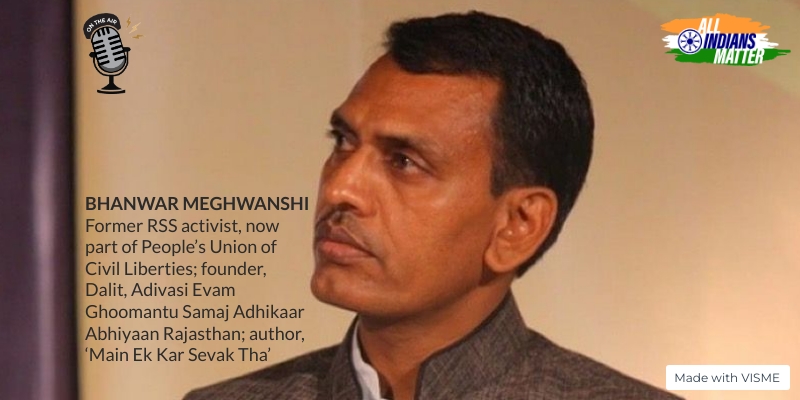 This is one of a handful of episodes during the recording of which I wept. Bhanwar Meghwanshi, a Dalit, was fanatically devoted to the Rashtriya Swayamsevak Sangh (RSS), ready to go to war for its cause and even die for it. He joined the RSS as a child, eased into it by his school teacher and indoctrinated through games and music. Bhanwarji was jailed for trying to participate in the kar seva at the Babri Masjid site and he worked hard to spread the Sangh’s ideology. But, over time, he began to be subtly reminded of his Dalit-ness and was told he couldn’t become a pracharak because he was from a lower caste. The food he prepared for RSS members and priests was thrown away because it would “pollute” them. Exposed to its true face, disillusioned and shattered, he attempted suicide. Bhanwarji left the RSS and spent years trying to find himself. Eventually, there was an epiphany and he has since devoted his life to uniting Indians of all religions, castes and sections. He is also a civil liberties activist and works with Dalits, Adivasis and nomadic tribes. He tells his story to All Indians Matter.