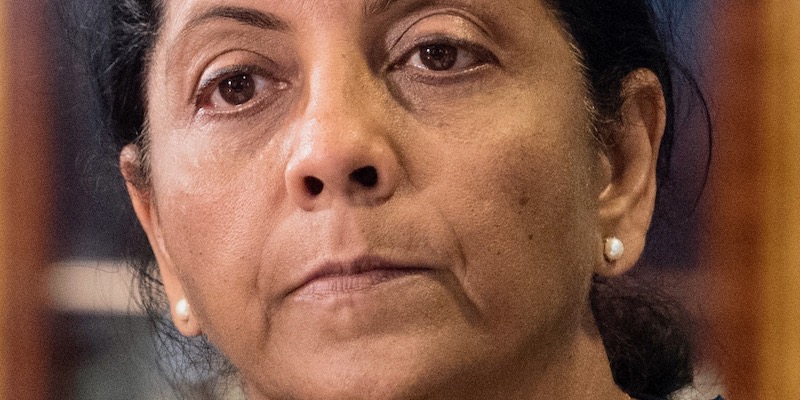 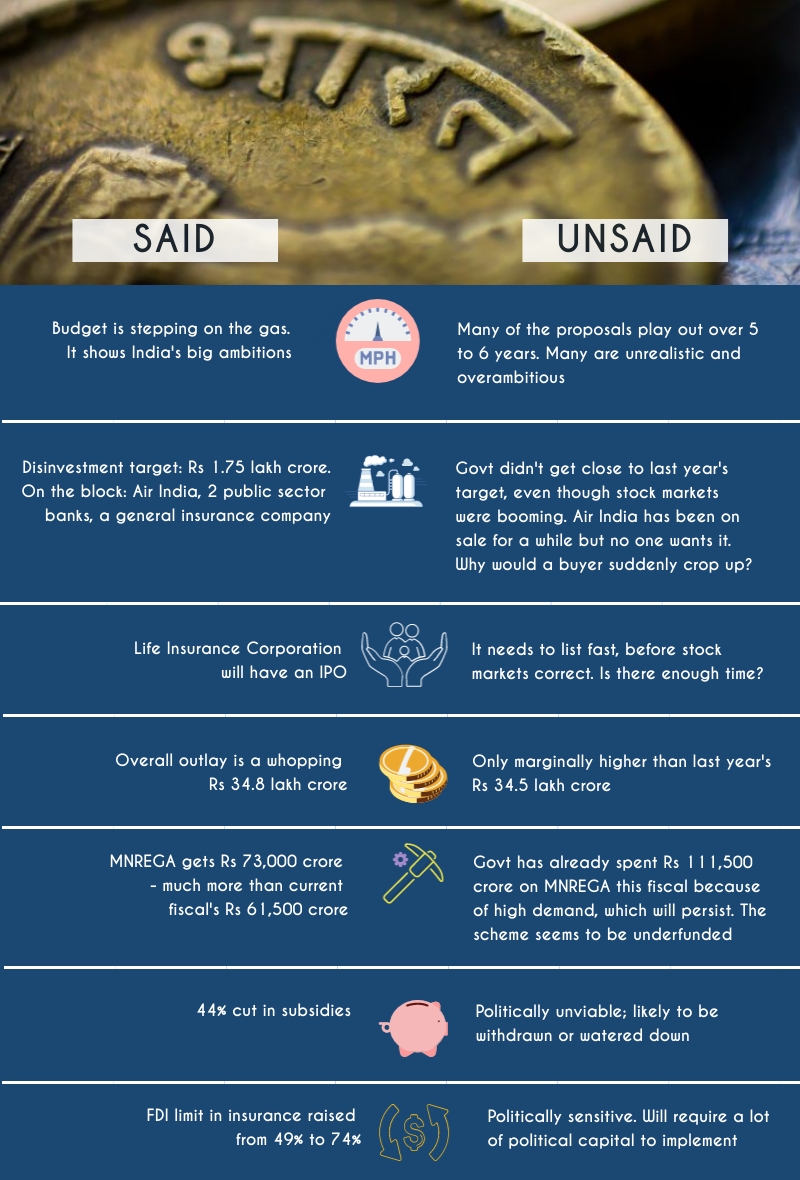 So much was expected from the Union Budget that Finance Minister Nirmala Sitharaman presented on February 1, 2021. India needs an economic recovery, employment and investment. Coming on the back of the crippling COVID-19 pandemic, India’s first ever technical recession and millions of job losses, the expectation was that Sitharaman would spend till it hurts and then spend some more. And she did. Only, it’s not as black and white as it would seem – what she didn’t tell you is perhaps more critical than what she did.

As she rose to present Union Budget 2021, Finance Minister Nirmala Sitharaman would have never felt more beleaguered. The economic distress across the country, which began even before the COVID-19 pandemic struck, is a mammoth challenge and her performance is under the microscope more than ever.

Over the past year, after many quarters of underperformance and then the pandemic, the Indian economy suffered its first ever technical recession. So, as Budget Day approached, the calls for more government spending, a comprehensive plan for banks’ non-performing assets and a healthcare revolution got louder. Sure enough, that’s what Sitharaman focused on.

The Budget detailed a massive economic boost through infrastructure expenditure, a 137% rise in healthcare spending and a high disinvestment target.

Healthcare got a booster shot with an outlay of Rs 2,23,846 crore, compared to Rs 94,452 crore in the current fiscal – that’s an increase, like I said, of 137%. This included Rs 35,000 crore for COVID-19 vaccines, more money for Prime Minister Narendra Modi’s pet project Swachh Bharat and an air pollution fund.

The government bit the bullet on the politically sensitive issue of foreign direct investment in insurance companies by raising the limit to 74% from the current 49%. As for banks’ non-performing assets, there will be a ‘bad bank’ that will take over the bad loans of public sector banks and clean up their books.

Sitharaman had clearly decided, to use her own words, to spend, spend, spend – and the fiscal deficit be damned.

This is what most experts were recommending, so that’s a good thing at this time, right? Wrong. The problem lies not in what the finance minister tells us but in what she isn’t saying. Let me explain.

It’s likely that some or many of the more difficult decisions – such as subsidy cutbacks – will be withdrawn or watered down, thus reducing the impact of the Budget.

In fact, the more you look at it, the more the Budget reminds you of the so-called fiscal stimulus last year. The stimulus was touted to be 10% of the GDP. It turned out that a large component of it comprised steps taken earlier or assigned to agencies outside of the government. Experts later estimated the stimulus to be a mere 1% of the GDP – a tenth of what was claimed by the Modi government.

What Sitharaman’s handed us is a very attractively wrapped package. But what will we be left holding when the wrapping comes off?

Thank you all for listening. Please visit www.allindiansmatter.in for more columns and audio podcasts. You can follow me on Twitter at @AshrafEngineer and @AllIndiansCount. Search for the All Indians Matter page on Facebook. On Instagram, the handle is @AllIndiansMatter. Mail me at editor@allindiansmatter.in. Catch you again soon. 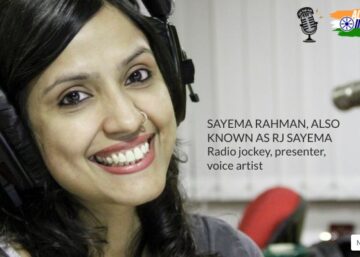