Audio podcast: Amid under-reporting of cases, India gasps for breath 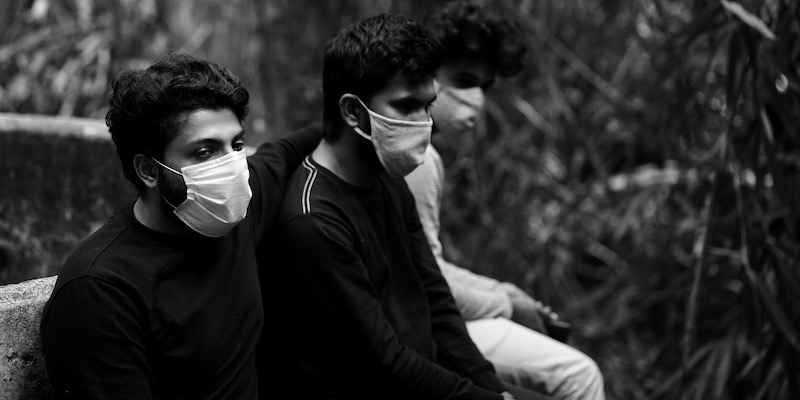 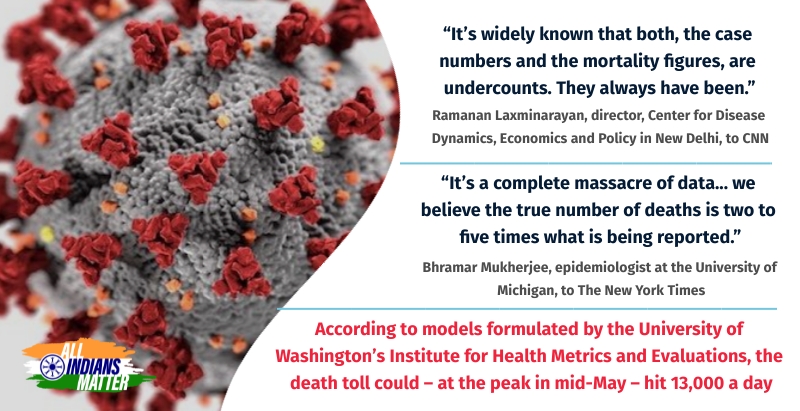 At the time of making this episode, India had reported 18 million cases since the COVID-19 pandemic began last year. As if that wasn’t devastating enough, many experts believe that the number could be several times higher. Frontline healthcare workers, experts and some sections of the media have been warning for a while that COVID infections and deaths have been drastically underreported for reasons ranging from low testing levels to governmental pressure. This has been accompanied by a government crackdown on social media posts criticising its handling of the crisis and a persistence of political bias towards states ruled by other parties.

There can be little doubt now that the second wave of COVID-19 is way worse than the government would have us believe. We are logging more than 300,000 cases a day but, as Ramanan Laxminarayan, director of the Center for Disease Dynamics, Economics and Policy in New Delhi, told CNN: “It’s widely known that both, the case numbers and the mortality figures, are undercounts. They always have been.”

Here’s where we are: there is a widespread shortage of hospital beds, utter desperation for medical oxygen and drugs like Remdesivir, long delays in testing and a drying out of vaccine stocks. India’s healthcare system is beyond collapse. Social media are awash with pleas for help and common citizens offering to lend a hand in any way they can.

The news media aren’t uniformly reporting it but pictures of crematoria working overtime and lines of bodies waiting to be cremated are being posted by the thousands on Twitter and Facebook. Compare the reporting from the ground to the government numbers and you’ll spot the discrepancy.

Bhramar Mukherjee, an epidemiologist at the University of Michigan, told The New York Times: “It’s a complete massacre of data. From all the modelling we’ve done, we believe the true number of deaths is two to five times what is being reported.”

At one of Ahmedabad’s largest cremation sites, pyres are burning day and night, lighting up the night skies.

A worker there said he had never seen such a thing. He termed it a “never-ending assembly line of death”. The curious part is that he doesn’t record COVID-19 as the cause of death on the paper slips he hands to the families of the deceased. He told the media that he had been instructed by his bosses to do so. “Sickness, sickness, sickness,” he said. “That’s what we write.”

Meanwhile, exclusionary politics is never far away from the Bharatiya Janata Party agenda. There have been allegations that the Central Government, which it controls, is under-supplying vaccines to states not ruled by it even as those states it rules under-report cases. Bhramar Mukherjee, the epidemiologist I mentioned earlier, has been quoted as saying: “There is tremendous pressure from the Central Government on state governments to project progress.”

When the first wave ebbed in September 2020, the Narendra Modi government claimed success in handling the outbreak. We know now how way off the mark he was. India’s daily death toll is projected to continue climbing until mid-May, according to models formulated by the University of Washington’s Institute for Health Metrics and Evaluations. Alarmingly, these models predict that the death toll could – at the peak – hit 13,000 a day.

India simply has to test more!

Testing capacity has gone from half a million a day a year ago to two million today. But, Dr Soumya Swaminathan, chief scientist for the World Health Organization, said: “That’s still not sufficient because the national average positivity rate is about 15% – in some cities like Delhi it’s up to 30% or higher.” What does that mean? It means that there are many people who are infected but are not being recorded as such due to lack of testing.

Dr Swaminathan referred to serology surveys, which test for antibodies in the immune system to indicate if someone has been exposed to the virus. This, she said, gives a better measure of how many people may be infected. Previous national surveys show the number of such people is “at least 20 to 30 times higher than what had been reported”.

Incidentally, under-reporting of deaths is not new to India. With our dismal healthcare system, only 86% of deaths were registered even before the pandemic and only 22% were assigned an official cause. Most Indians die at home or places other than a hospital. This problem has worsened during the second wave with hospital beds unavailable at most places. So, even more people are dying at home, in ambulances or in hospital courtyards while waiting for a bed as desperate family members look on helplessly.

With the government failing them, people are turning to social media. They are asking for leads on life-saving drugs, medical oxygen, tests and vacant hospital beds. And common citizens are responding.

How did the Modi government respond? Rattled by the tsunami of anger against it, the government asked Twitter to delete tweets critical of its handling of the second wave. Shockingly, Twitter complied by taking down some posts.

As criticism of the BJP’s Uttar Pradesh government mounted, Chief Minister Yogi Adityanath ordered officials to seize the property of those who are trying to “spoil the atmosphere”. He also ordered action against hospitals flagging a shortage of oxygen – all while asserting that the number of cases in Uttar Pradesh was at a minimum and that there was no shortage of anything. This is contradicted in no uncertain terms by reports on the ground and by families of those who have either been infected or have died. In Uttar Pradesh, too, funeral pyres are burning round the clock.

Alarmed by the situation, other countries have begun to send aid in the form of oxygen concentrators and vaccine raw materials. However, handles supporting the government are lashing out against those who ask for help or point out how bad things are. Their clamour has been matched only by the silence of most of our celebrities.

The government has no clue, and it doesn’t seem to care either – as is evident from Modi and Home Minister Amit Shah choosing to continue campaigning in West Bengal even as the nation struggled to cope with the second wave. Alongside, construction work on the new Parliament complex also continues even as pleas to use that money to create oxygen capacity and more hospital beds fall on deaf ears.

The government’s utter lack of will is on display.

Since this government came to power in 2014, healthcare and education have never been on top of its agenda. India’s gross national expenditure on research and development has been stagnant at 0.7% of GDP in comparison to Israel at 4.6%, South Korea at 4.5%, Germany at 3%, China at 2.1% and Brazil at 1.3%.

India has turned into a nation that can’t even provide oxygen to save lives. It underscores the insensitivity of a government that places routing the Opposition higher on its priority list than dealing with the pandemic.

It’s a story of callousness, incompetence and insensitivity amounting to a saga of failures.

Meanwhile, the pyres of those we have lost burn on.