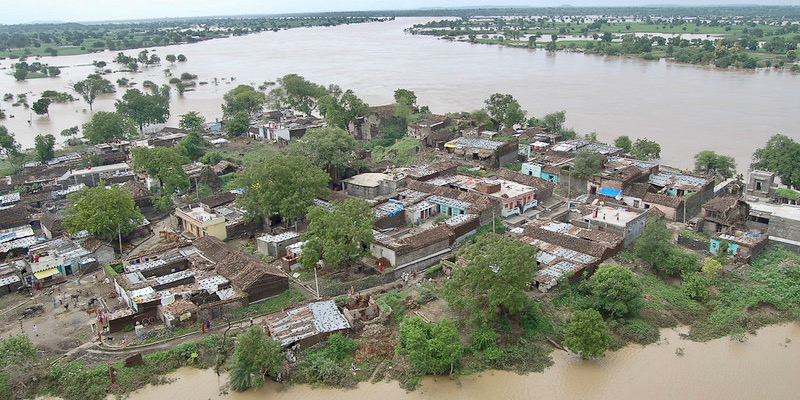 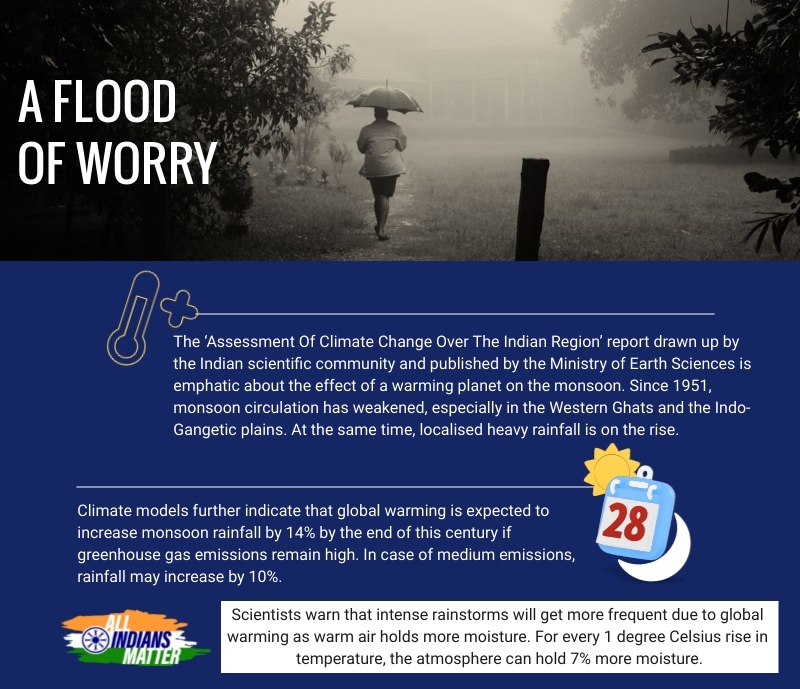 It’s been a harrowing monsoon for many parts of the country. The torrential rain had killed at least 112 people at the time of making this podcast. In Maharashtra, 890 villages were badly affected with Raigad, Ratnagiri and Sindhudurg districts being the worst hit. Rivers swelled dangerously and the fear of breaches forced dams to release water. The run-off from the record rainfall roared down the hilly areas, swamping entire towns and cities. But our troubles don’t end here – the monsoon is likely to get more dangerous over the long term because of global warming. Climate disruptions are altering the monsoon system, say studies, and India is paying the price for it.

I wish we could say that such events are uncommon. But in this age of climate change, they are disturbingly common. Who can forget what happened in Kerala in 2018 – unrelenting extreme rainfall drowned large parts of the state, triggering landslides and floods. More than 500 people died and the damage was estimated at Rs 20,000 crore. According to the Central Water Commission, between August 1 and 13 that year, Kerala received 164% more rainfall than normal. Kerala had last seen comparable flooding in 1924.

Incidentally, such events are not confined to India. A climate change link has been cited in recent floods in China, Germany, Belgium and the Netherlands.

In all these places, there was unusually heavy rain – equivalent to almost a year’s average – falling in a couple of days. Again, there is mounting evidence that climate change increases the risk of extreme weather and scientists warn that intense rainstorms will get more frequent due to global warming as warm air holds more moisture. For every 1 degree Celsius rise in temperature, the atmosphere can hold 7% more moisture.

Let’s look at the Indian monsoon in this context. The Indian monsoon is one of the largest mechanisms by which tremendous amounts of energy move from the southern hemisphere to the northern one. It’s the world’s largest tropical climate signal.

This movement occurs when an equatorial band of tropical, heavy rainfall – the Inter-Tropical Convergence Zone – shifts north from the southern Indian Ocean. So, it starts raining over the Bay of Bengal between late-April and mid-May and in Kerala the rain begins in early June.

Scientists say climate change is affecting this system, turning the Indian monsoon into an unpredictable and devastating force.

A study published in January 2021 called ‘Zonally Contrasting Shifts Of The Tropical Rain Belt In Response To Climate Change’ said that climate change may be affecting the Inter-Tropical Convergence Zone itself. According to the study, the northern hemisphere heats up faster than the southern hemisphere as ice melts in the Arctic zone and the Himalayas due to global warming. This would make the zone shift north and dump more rain over southern India and intensify flooding.

India is, in any case, one of the world’s most flood-prone regions. A Consortium of International Agricultural Research Centers report in 2012 said India has suffered the most flood events between 1900-2011. A 2020 report from the United Nations Office for Disaster Risk Reduction called ‘The Human Cost Of Disasters: An Overview Of The Last 20 Years (2000-2019)’ ranked India third on the list of disaster events, recording 321 of them.

In 2020, India prepared its first official climate change report called ‘Assessment Of Climate Change Over The Indian Region’. Drawn up by the Indian scientific community and published by the Ministry of Earth Sciences, it is emphatic about the effect of a warming planet on the monsoon. Since 1951, it says, monsoon circulation has weakened, especially in the Western Ghats and the Indo-Gangetic plains. At the same time, localised heavy rainfall is on the rise.

Climate models further indicate that global warming is expected to increase monsoon rainfall by 14% by the end of this century if greenhouse gas emissions remain high. In case of medium emissions, rainfall may increase by 10%.

All the studies make it clear that the effects of climate change are already here, and not just a future challenge for India. An unreliable and destructive monsoon has severe implications for you and me. The Indian economy, still very much agrarian, is dependent on proper rainfall. This is why a good monsoon year results in good GDP growth too. Washed out farms and failed crops mean severe agrarian and rural distress. It also means that food production will be affected, leading to potential shortages and price rises.

For millennia, the Indian monsoon has been celebrated as glorious and life-giving.

We’ve always had a sense of awe and gratitude towards it.

As the grey, angry clouds of climate change hang over us, it’s time to recognise that our actions are turning the monsoon from life-giver to destroyer.