Audio podcast: Explained – Assam-Mizoram border dispute and other such standoffs 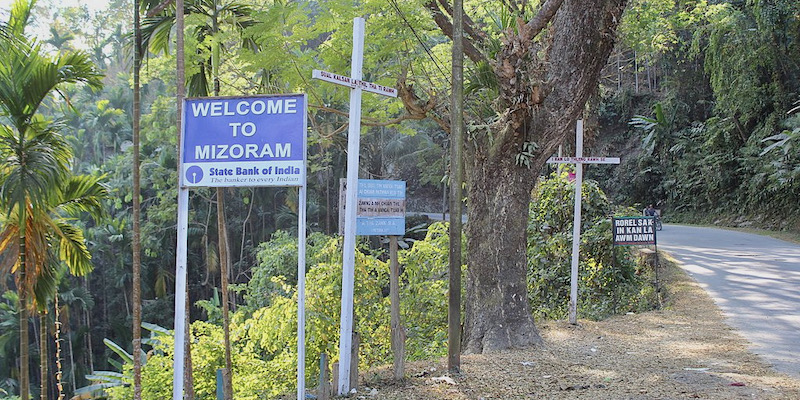 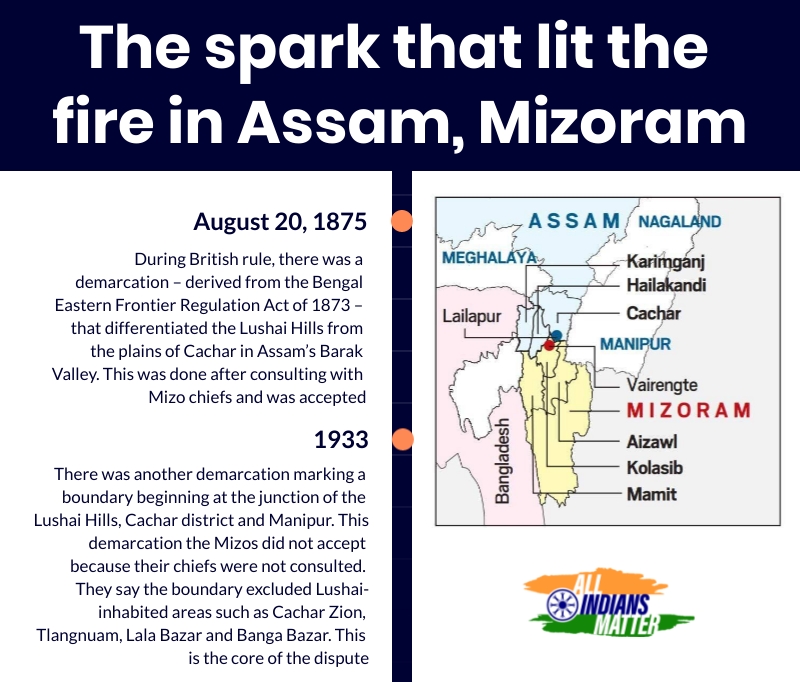 A few days ago, an ages old boundary dispute between Assam and Mizoram erupted all over again. Violent clashes at the states’ border killed at least five Assam Police personnel and left more than 50 people injured. These battles are a manifestation of the simmering tensions that have lasted nearly a century and a half, believe it or not, between the states. Assam and Mizoram border residents had clashed twice in October 2020, too. At that time, some huts and shops had been set ablaze and eight people had been injured. What is this standoff all about and which are the other inter-state boundary disputes that are simmering in India?

There was a time when Mizoram was a district of Assam and known as the ‘Lushai Hills’. On August 20, 1875, during British rule, there was a demarcation – derived from the Bengal Eastern Frontier Regulation Act of 1873 – that differentiated the Lushai Hills from the plains of Cachar in Assam’s Barak Valley. This was done after consulting with Mizo chiefs and was accepted.

In 1933, there was another demarcation marking a boundary beginning at the junction of the Lushai Hills, Cachar district and Manipur. This demarcation the Mizos did not accept because their chiefs were not consulted. This, then, is the core of the dispute.

Mizo leaders say the boundary drawn in 1933 was arbitrary and did not have the approval of the leaders of the Lushai Hills and excluded Lushai-inhabited areas such as Cachar Zion, Tlangnuam, Lala Bazar and Banga Bazar.

A memorandum written in 2018 by Mizoram’s political parties, NGOs and a joint action committee on the issue to Prime Minister Narendra Modi says: “It is to the Mizos no more than an imaginary line pushed farther and farther south of the Inner Line of 1875, depriving the Mizos of the gentle slopes and flat lands for the convenience of outside settlers (mainly Bangladeshees) brought by the British.” The last line refers to a time when Bangladesh had not even been created.

Today, Mizoram borders Assam’s Barak Valley and both states border Bangladesh. The boundary between the two states is 165 km long.

The dispute flared up again when Mizoram became a Union Territory in 1972 and then a state about a decade later. Assam and Mizoram signed an agreement that the status quo would be maintained and a no-man’s land set up at the boundary. Since then, there have been several transgressions by both sides and also clashes.

Mizoram has often cited transgressions by Assam into its territory. It says that in June 2020, Assam officials visited farms in Mamit district, that miscreants indulged in arson in Kolasib district and that Assam officials crossed a border post. In October 2020, Assam Police officers visited the Saihapui ‘V’ in Mizoram and threatened to block the inter-state highway. Later that month, that highway as well as the national highway connecting the two states was blockaded at Lailapur in Assam. In November 2020, bombs exploded at Upper Phainuam Lower Primary School in Mizoram.

More recently, huts and shops were torched and violent clashes took place on issues such as betel nut cultivation. At least two plantations were set ablaze. There have also been clashes between villagers of Lailapur and Vairengte, and between residents of Karimganj in Assam and Mamiut  in Mizoram.

While the clashes had stopped at the time of making this recording, it’s an uneasy peace. The boundary question has not been resolved and the threat of such battles erupting again hangs heavy in the air.

If you thought that this was the only inter-state border dispute in India, you’re about to be disappointed. There have been nearly a dozen such, some of them resolved while some continue to fester. Several of them involve Assam, which shares a boundary with all other North-Eastern states and has had disputes with several of them.

Assam and Nagaland share a 500-km boundary and bloody conflicts have taken place along it since 1965. Assam shares an 800-km boundary with Arunachal Pradesh and clashes were reported as far back as 1992. Each state has accused the other of boundary transgressions and encroachment.

With Meghalaya, Assam shares a 884-km boundary and there have been a series of flare-ups there too. Meghalaya has 12 areas of disputes with Assam and the states’ chief ministers met in February 2020 and agreed to maintain the status quo.

Coming to the central and southern parts of the country, Maharashtra and Karnataka have bickered for six decades over their boundaries. The borders of Karnataka, Kerala and Maharashtra were specified in the State Reorganisation Act of 1956 but Maharashtra wants the Marathi-speaking border areas within its boundaries while Karnataka refuses to part with them. In 1967, there was an intermediation effort by the Mahajan Commission but Maharashtra did not accept its recommendations.

Karnataka and Kerala, meanwhile, had faced off over Kasargod district in Kerala.

Up north, the boundary between Bihar and Uttar Pradesh fluctuated due to the frequent change in the course of rivers. Despite an arbitrator appointed to resolve the matter in the 1960s and a law, disputes between private parties continued.

Similarly, disagreements over Haryana and Uttar Pradesh’s fluctuating boundary were sought to be put to rest in the 1970s but several private tenancy disputes have reached the courts.

Odisha and Andhra Pradesh had a boundary dispute over 63 villages. Odisha and Jharkhand disagreed over seven villages of Mayurbhang and Keonjhar districts. Meanwhile, Odisha claimed some land in Jharkhand. Odisha also locked horns with Chhattisgarh over three villages of Naupada district. Odisha and West Bengal had a stalemate over five villages in Balasore and Mayurbhanj districts.

Punjab and Haryana, meanwhile, have never been able to resolve the transfer of Chandigarh to Punjab. And Himachal Pradesh contested Uttarakhand over six places in Dehradun district.

These clashes comprise a threat to law and order and seriously affect inter-state cooperation. Given the federal nature of our government, it would become impossible for the country to function without such cooperation. Such disputes have implications on issues well beyond law and order, such as administration and tax collections. So, India must resolve these on a priority basis – not just for peace in inter-state border areas but also for effective governance.