Audio podcast: Millions are graduating, but where are the jobs? 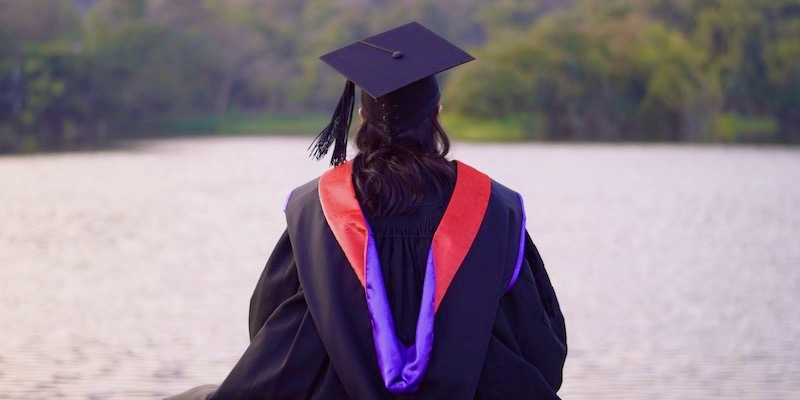 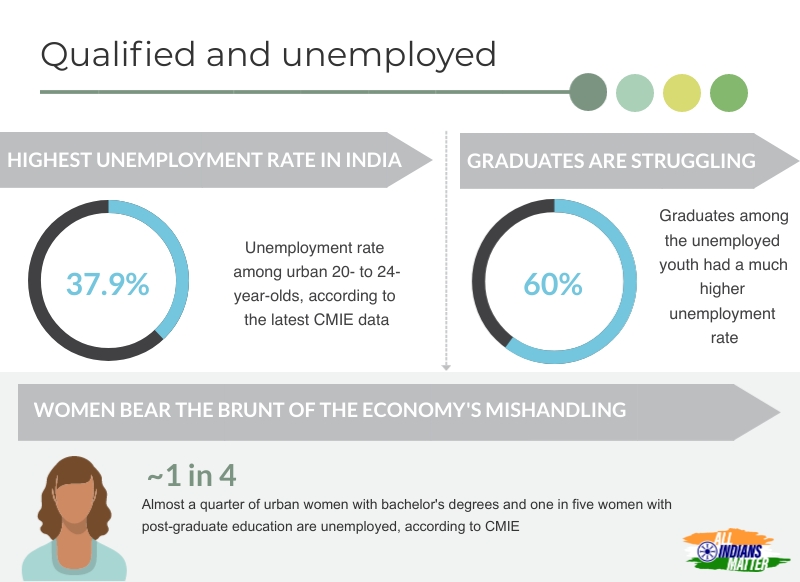 Quite literally, millions of young people who have recently graduated are struggling to find jobs. The Center for Monitoring Indian Economy, or CMIE, said the COVID-19 pandemic has decimated jobs and its latest data reveals that urban 20- to 24-year-olds have one of the highest unemployment rates in India – 37.9% are out of work. In January, its data showed that among these 20- to 24-year-olds, graduates reported a much higher unemployment rate of over 60%. And it’s worse when it comes to women – almost one in four urban women with bachelor’s degrees and one in five with post-graduate education are unemployed.

If you’re a new graduate, be prepared for a very tough job market. While it’s true that COVID-19 has eroded the economy and, by extension, the availability of jobs, the crisis has been building up from way before the pandemic hit. Despite what the government claims, the economy has been in steady decline over the past few years with shrinking consumer demand crippling job generation – especially for graduates. The latest CMIE data shows that urban unemployment has hit 9%.

When Narendra Modi took over as prime minister, he knew that two-thirds of India is under the age of 35 and he promised to upskill the youth and create more jobs. It’s great as a vision but well into his second term that dream has turned into a nightmare with unemployment at a 45-year high.

More than 85% of India’s roughly 2 crore university and college students are enrolled in regular degree programmes, while the rest are in schools of engineering, technology, medical and the like. Many graduates from even the premier colleges, such as the Indian Institutes of Technology and Indian Institutes of Management, who are normally fought over by corporations, are still looking for jobs.

Meanwhile, there could be more bad news – some economists believe that the method of counting the unemployed is flawed. They say that the current count does not take into account millions who have joined the agriculture sector because they couldn’t find jobs elsewhere. This means that they are suffering an acute loss of wages and buying power – what is often called ‘disguised unemployment’.

Last year, India’s GDP contracted by 23.9% in just three months, April to June, as COVID-19 brought the economy to its knees. That was followed by a second wave in April and May of this year. Returning to pre-COVID levels – which weren’t great to begin with – will be a long, uphill climb.

It is estimated that 10 million youth enter the job market every year. What hope can they have now?

According to the India Skills Report, graduating students’ search for jobs will be even tougher in 2021 than in 2020.

Unemployment is very high and the government’s stimulus plans have not worked. First it claimed that youth need to be upskilled for them to become employable. That scheme was disastrous – only about half the people the government trained managed to land jobs. Of the 34.17 lakh who signed up for skilling programmes, only 25.77 lakh were certified. Of these, only 14.20 lakh could be placed.

In January 2018, in response to a question about the jobs crisis, Modi said: “If a man selling pakoras takes home Rs 200 at the end of the day, is that not employment?” The line was not just offensive to the young and aspirational, it brought into focus how easily the ‘demographic dividend’ could turn into a disaster. If the prime minister believes that frying snacks for Rs 200 per day is the sort of employment the country should offer its educated youth, then God help us.

Can we have a job recovery in the short term? Unlikely. So, the line that seems to best describe our young graduates is ‘educated and unemployed’.

The United Nations Development Programme estimates that India needs to create 300 million jobs between 2015 and 2050. But, they can’t be frying pakoras. They will have to come from labour-intensive, thriving industries.

Our young, meanwhile, are stuck between a rock and a hard place – they face either low employment rates or low and unpredictable wages. This will have a deep effect not just on the economy but also society.

It remains to be seen how many years of lost economic potential we will log and what repercussions it will have in times to come.