Audio podcast: Unemployment pandemic could be worse than COVID-19 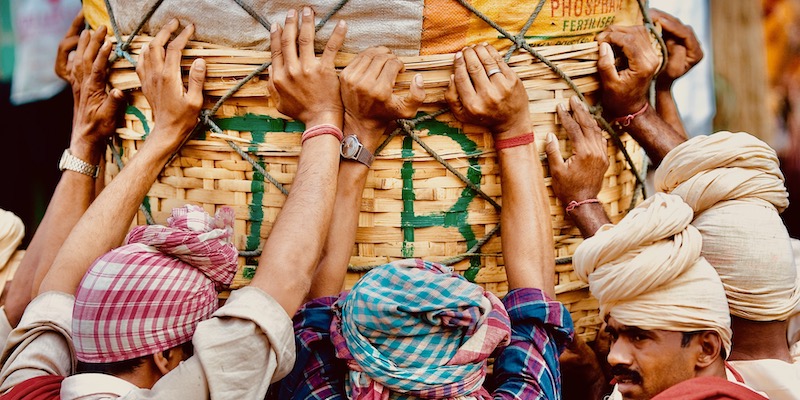 As news that the Indian GDP had contracted 23.9% rolled in, it was inevitable that there would be bad news on the jobs front too. Sure enough, it was revealed that India’s unemployment rate had spiked to a nine-week high of 9.1% for the week ended August 16.

That employment creation should be the topmost national priority is undebatable. However, with the India Story slowing even before the COVID-19 pandemic and with an unconvincing fiscal stimulus amid the lockdown, none of India’s growth engines – from consumption to real estate – are firing.

A report by the International Labour Organization and the Asian Development Bank said 41 lakh youths lost their jobs due to the pandemic with most losses in the construction and farm sectors. It pointed out three ways in which young people are affected:

What’s worse is that the reported scale of the economic contraction is most likely an underestimation. It may well be more than 23.9% given the sub-optimal quality of the data because of the lockdown.

This is even more bad news for job seekers, and especially for the informal sector which accounts for half the GDP and generates a large part of India’s employment. The measurement of the informal sector’s output, however, is based on something worse than sub-optimal data – largely guesstimations. So, even today we don’t have a reliable understanding of how badly this sector has been hit.

Private surveys, however, throw some light on the matter. The Azim Premji University, for instance, studied the impact of the lockdown on the self-employed, casual and regular wage workers in 12 states between mid-April and mid-May. It reported a 64% drop in earnings – more than two and a half times the reported decrease in GDP.

A study of urban workers by the Centre for Economic Performance at the London School of Economics found that earnings fell 48% in April and May compared to January and February.

So, even if you assume that from mid-May to the end of June there was some improvement, these studies suggest a bigger GDP contraction than reported.

This is why even 9.1% unemployment seems an underestimation.

Much was made of rural India leading the recovery but it too seems to be running out of steam. A State Bank of India report said rural unemployment started rising again in August and employment and average wages under the national rural employment guarantee scheme fell. In 12 states, more than two-thirds of the loss in gross state domestic product – or GSDP – was contributed by rural areas. In some states, more than 90% of the GSDP loss came from rural areas.

Why is all this important? By 2022, the media age in India will be 28 years, making it the youngest among leading economies. For years, we’ve called it the ‘demographic dividend’ – a working age population that’s greater than those dependent on it. This is great when there are jobs and entrepreneurial opportunities. In the absence of them, however, you’re staring at serious threats to the social order.

There are other implications. National Crime Records Bureau data showed that at least 2,851 persons killed themselves due to unemployment in 2019. How many will we lose this year when the situation is worse?

According to the Centre for Monitoring Indian Economy, since April 2020, 18.9 million Indians receiving regular salaries have lost their jobs. Add to that, 6.8 million daily wage earners who met the same fate.

India is not creating jobs; it’s losing millions. In such a situation, what we have is not a demographic dividend but what is called a ‘youth bulge’ – a vastly larger number of young people entering the workforce than the economy can absorb.

As I said, this can have social repercussions. Idleness and frustration provide a great breeding ground for sectarianism and deep societal schisms.

Employment creation, therefore, should be the top priority but it can’t happen in a vacuum. It requires a thriving, well managed economy. But, we don’t have that.

Millions enter India’s workforce every year, yet all of us know someone who has either lost their job or is looking but can’t find one. You can blame the pandemic only so much; the fact is India was doing badly long before COVID-19 made itself felt.

How the Narendra Modi government plans to dig itself out of this mess is unclear. What we are being handed out instead is propaganda, a shrinking economic space, and blame directed at the Opposition and even India’s first prime minister, Jawaharlal Nehru. The only thing we’re not seeing is a roadmap out of the crisis.