Audio podcast: What farmers taught us about democracy and inclusiveness 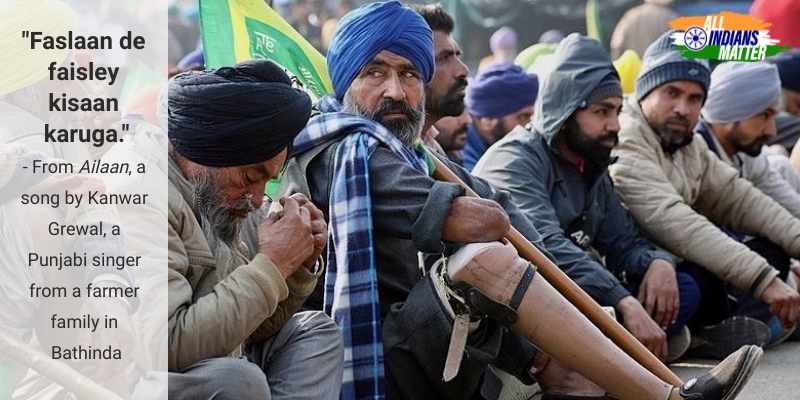 Over the past seven years, as the juggernaut of Prime Minister Narendra Modi and the Bharatiya Janata Party has rolled on, democracy in India has rolled backwards. Several freedoms have been constricted or are under threat and minorities have been regularly targeted. Today, however, our farmers have shown how Gandhian satyagraha and social justice movements can protect our democracy and make it flourish. Faced with the determination of the farmers and possible setbacks in a series of crucial upcoming Assembly elections, the government withdrew the three agriculture laws the farmers were agitating against. Now that the laws are being withdrawn, what comes next?

There was a time when no matter what misstep Modi took, he could shrug it off – demonetisation, economic mishandling, a poorly implemented COVID-19 lockdown, the abrogation of Article 370 that changed the status of Kashmir… the list goes on. But the farm laws, touted as the trigger for the modernisation of Indian agriculture but opposed for being heavily skewed in favour of the corporate sector, proved too much for the government to handle.

Yes, India’s farm sector is struggling and the withdrawal of the laws won’t solve its problems. But the sustained agitation has showed how those determined to preserve their rights and dignity can win against a government used to crushing dissent rather than paying heed to people’s demands.

The mass movement emerged spontaneously a year ago with a march to Delhi that included lakhs of farmers from Punjab, Haryana, Uttar Pradesh, Madhya Pradesh, Rajasthan and other states. They were met with baton charges, tear gas, water cannons, dug-up highways and barricades. They resisted peacefully, setting up vigils along the Delhi border at Tikri, Singhu and Ghazipur.

Since then, lakhs have staged dharnas at these locations, along with peaceful road and rail blockades. The protesting groups expanded to include labour rights activists and those opposing the new citizenship law that could disenfranchise minorities.

Modi’s Bharatiya Janata Party responded predictably, labelling the farmers “Khalistanis” and ordering local agencies to barricade the protestors in and even cut water supply and power. Hundreds were detained, internet services were shut and some charged with sedition.

The farmers responded with inclusivity and compassion, feeding even the policemen ordered to baton charge them in some cases. Medical camps were set up and thrown open to all. Education camps and even barber shops sprang up. Community kitchens continue to function today, feeding thousands – not just farmers but also migrant labourers and the poor. These actions have cut across social barriers like caste and religion. All decisions on the direction of the protest were made collectively.

Cumulatively, this opposition to the growing authoritarianism of the government resulted in micro democratic communities that swore by satyagraha, the non-violent protests pioneered by Mahatma Gandhi.

This approach was supported and sustained by villagers in the regions adjacent to the protest sites. In Punjab, Sikh gurudwaras helped organise the protests and managed food and water supplies as well as medical camps. With the farmers away, fellow villagers took up the sowing and harvesting of their fields.

The Sikh diaspora in Britain and Canada stepped up to help. Charities like the UK-based Khalsa Aid International raised money and supporters braved sub-zero temperatures in Toronto and Montreal to picket outside Indian consulates. There were similar marches near the United Nations headquarters in New York.

Now, the farmers have vowed to soldier on. Given the Modi government’s dubious track record, there is an element of distrust around the promise to repeal the farm laws. Farmers say they will continue agitating until the laws are actually repealed and the government guarantees a minimum support price for several crops.

More than 60% of India’s population depends on agriculture and there’s no doubt that India’s farm sector needs a transformation – even the farmers acknowledge this. In fact, so severe is the crisis that India has witnessed a series of farmer suicides over the years due to high debt, crop failures and low prices for their produce. So common are these suicides that they don’t even make news anymore.

The sector has several systemic inefficiencies such as the government’s focus on water-intensive crops in drought-stricken lands. There is a focus on grains while more nutritious crops, like leafy vegetables, are neglected.

Farmers say the agriculture laws approached the problem all wrong. At the core of the agricultural crisis is farmers not getting fair value for their yields. Enabling large corporations to dominate the sector is not the answer.

The government said that farm laws aimed to bring private investment and efficiencies into the sector. However, it became clear over time that the laws would make farmers dependent on large corporations with little legal recourse available in case of disputes.

With the success of their agitation, India’s farmers have shown that they are a power centre that won’t be simply shoved aside. The repeal could eventually spark a shift in the balance of power away from Modi and his Bharatiya Janata Party. Already, there are some states where this has been witnessed. Given the large number of voters engaged in agriculture, a wide shift away from Modi’s party could affect the outcome of the Uttar Pradesh Assembly election, which is due next year. Uttar Pradesh is India’s most populous state and accounts for the largest number of Members of Parliament too.

The farmers’ protest has epitomised democratic practices and the values of the Indian Constitution, which we haven’t seen from the government over the past seven years. It shows us, the citizens of India, how we can deploy inclusive forms of protest to keep our democracy and freedoms intact.