Audio podcast: Why fuel prices are soaring and how they affect you 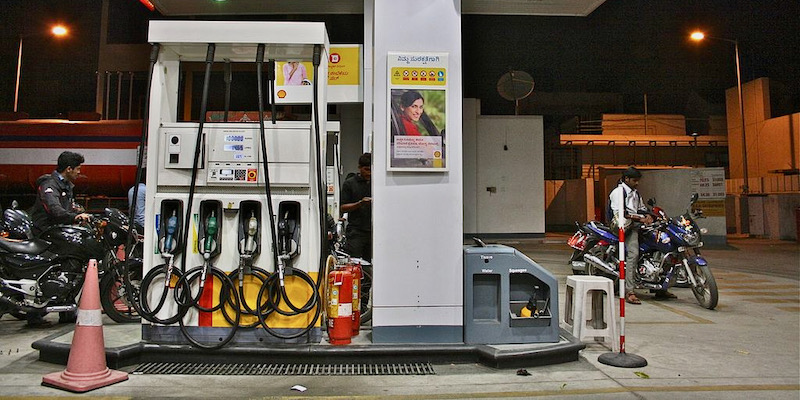 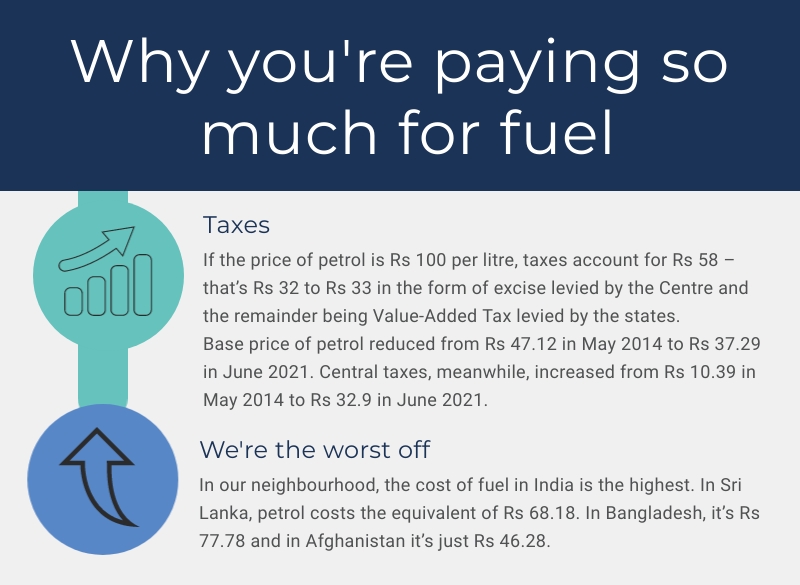 We’ve all heard the joke about petrol prices hitting a century. Now get this – at the time of making this podcast, fuel prices had risen a staggering 24 times since May 4 and eight times in June 2021 alone. Petrol prices crossed the Rs 100 per litre mark in seven states and union territories – Rajasthan, Madhya Pradesh, Maharashtra, Andhra Pradesh, Telangana, Ladakh and Karnataka. As common Indians reeling from the economic impact of COVID-19 looked to the government for help, they came up against a brick wall. Union Minister for Petroleum and Natural Gas and Steel Dharmendra Pradhan said fuel prices cannot be brought down because the government is saving money to spend on welfare schemes instead. It’s almost as if the cost of living has nothing to do with the welfare of citizens.

There was a time when retail prices of fuel were determined by the government. By 2017, prices had been deregulated and since then they are revised on a daily basis. Public sector oil marketing companies peg the rates on the international price of oil, the exchange rate, taxes, freight and other costs. Mainly, there are four factors that influence prices:

India imports 82% of the crude oil required for petroleum products such as petrol and diesel. However, international crude prices are only one factor accounting for high fuel prices in India. The main reason prices are high is central and state taxes. Seven years ago, the crude oil price comprised two-thirds of the retail fuel price. Now, taxes and levies constitute 58% of the retail price of petrol and 52% of the retail price of diesel. In other words, if the price of petrol is Rs 100 per litre, taxes account for Rs 58 – that’s Rs 32 to Rs 33 in the form of excise levied by the Centre and the remainder being Value-Added Tax levied by the states.

This rise was recorded even as diesel and petrol consumption fell. So, the price rises were so high that the government collected more taxes even though fuel sales fell!

The rise in fuel prices is increasing transportation costs. Virtually every single thing you need, from food to clothes, is transported by road at some stage and these costs are worked into retail prices.

The Monetary Policy Committee had pointed to the impact of fuel prices on daily costs and had urged the Central and state governments to cut taxes. Instead, the Central Government has been pushing the blending of ethanol with fuels as a way of reducing prices. It recently fast-tracked its target for selling petrol with 20% blended ethanol to April 1, 2023, from 2030. Currently, blending levels are at 8.5% against 1%-1.5% in 2014.

The impact of high fuel prices on discretionary expenditure is a worry because that puts the brakes on consumption and economic growth. But discretionary spending would be the last thing on average Indians’ minds; they’re instead trying to make ends meet as times get tougher instead of better. Take vegetable prices, for instance, which are on fire due to fuel prices and the rain. Potatoes, which cost Rs 10 per kg in the wholesale markets in Maharashtra a week ago, were selling at Rs 15-Rs 16 and onions had risen from Rs 15 to Rs 22.

Fuel prices affect us all. For many, they mean the difference between being able to put food on the table and starving. The government sees fuel as a cash pipeline, helping it cover for the high budget deficits it has created and the economic void resulting from many, many quarters of slowing growth and decisions like demonetisation.

Instead of using its resources to make your life easier, the government is picking your pocket to make its life easier.