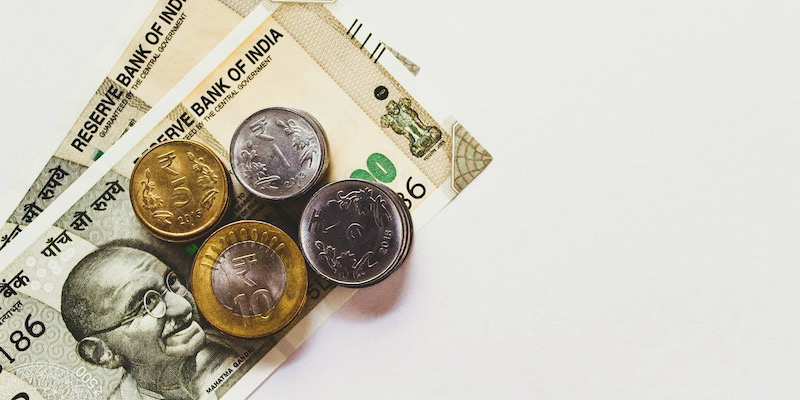 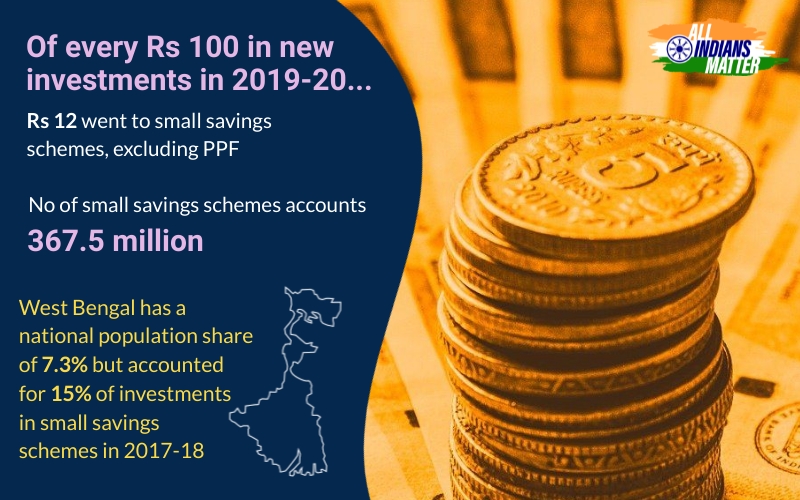 Recently, the Finance Ministry announced a slashing of interest rates offered by small savings schemes such as the Public Provident Fund and the National Savings Certificate. The cuts, of up to 1.1%, were drastic but – realising that elections to several key states such as West Bengal and Tamil Nadu were on – the government hurriedly reversed them, blaming the announcement on an oversight. Why are these savings schemes important? What is their share of the country’s overall savings? And why are they politically sensitive?

The interest rate cut that was announced, though later withdrawn, was hardly unique. In fact, governments for decades have been trying to balance the need for high returns on savings with fiscal prudence. Small savings schemes like the Public Provident Fund, or PPF, are guaranteed by the government, making them a safe and attractive investment – especially for the poor. The government, in turn, uses this money to balance the fiscal deficit – that is, the difference between what it spends and what it earns.

However, it’s not without its downside. The interest rate the government offers for this money tends to be much higher than what it can get if it were to source the funds from other sources. So, these schemes are actually not that beneficial for the government. However, they are invaluable to those who invest in them. Often, these schemes hold the entire life savings of families, especially the not so well off. They’re important also because they serve, through post offices, many of those who don’t have access to banks. So, it’s almost as if the schemes are doubling up as part of the social security ecosystem.

However, interest rates on small savings have been falling consistently after liberalisation and these cuts have been more frequent in past six years or so.

As things stand, the PPF and National Savings Certificate today offer rates of 7.1% and 6.8% respectively. But, don’t expect it to last. They will almost certainly be slashed once the state elections are complete.

The withdrawal of the rate cuts during the elections only underscores their political sensitivity. Small savings schemes can impact elections despite accounting for only a small portion of Indian households’ financial assets. Of every Rs 100 in new investments in 2019-20 by households, only Rs 12 went into small savings (excluding PPF). Even if you include PPF, it’s only a small increase because it accounts for just 9% of small savings.

The schemes’ political sensitivity is rooted in another number – the number of overall investors. India has more than 367.5 million accounts of small savings instruments. This is a significant proportion of the population – all of them voters. Even if the amounts they invest are small, few governments would want to anger them.

Had the Finance Ministry stuck to the rate cut, it would have had a serious political fallout, especially in West Bengal where Prime Minister Narendra Modi’s Bharatiya Janata Party has been making inroads. The rate cuts would have hurt West Bengal the most. According to the National Savings Institute, West Bengal – which has a national population share of 7.3% – accounted for 15% of investments in small savings schemes in 2017-18. Naturally, the government is wary of angering its electorate.

However, keeping interest rates high may not be fiscally possible for much longer. Small savings schemes funded 26% of the fiscal deficit in 2020-21, according to investment bank Barclays. This was a 16% rise from 2015-16. So, paying investors high interest rates doesn’t seem to be feasible in the long run and the government will have to align them more and more with market rates.

That’s tough if there’s an election on but expect a lowering of rates soon. In fact, expect multiple cuts over the next couple of years. And if you’re someone who invests a lot of money in small savings schemes, pray for an election every quarter.