Even the RSS grudgingly acknowledges Rahul as he turns 50 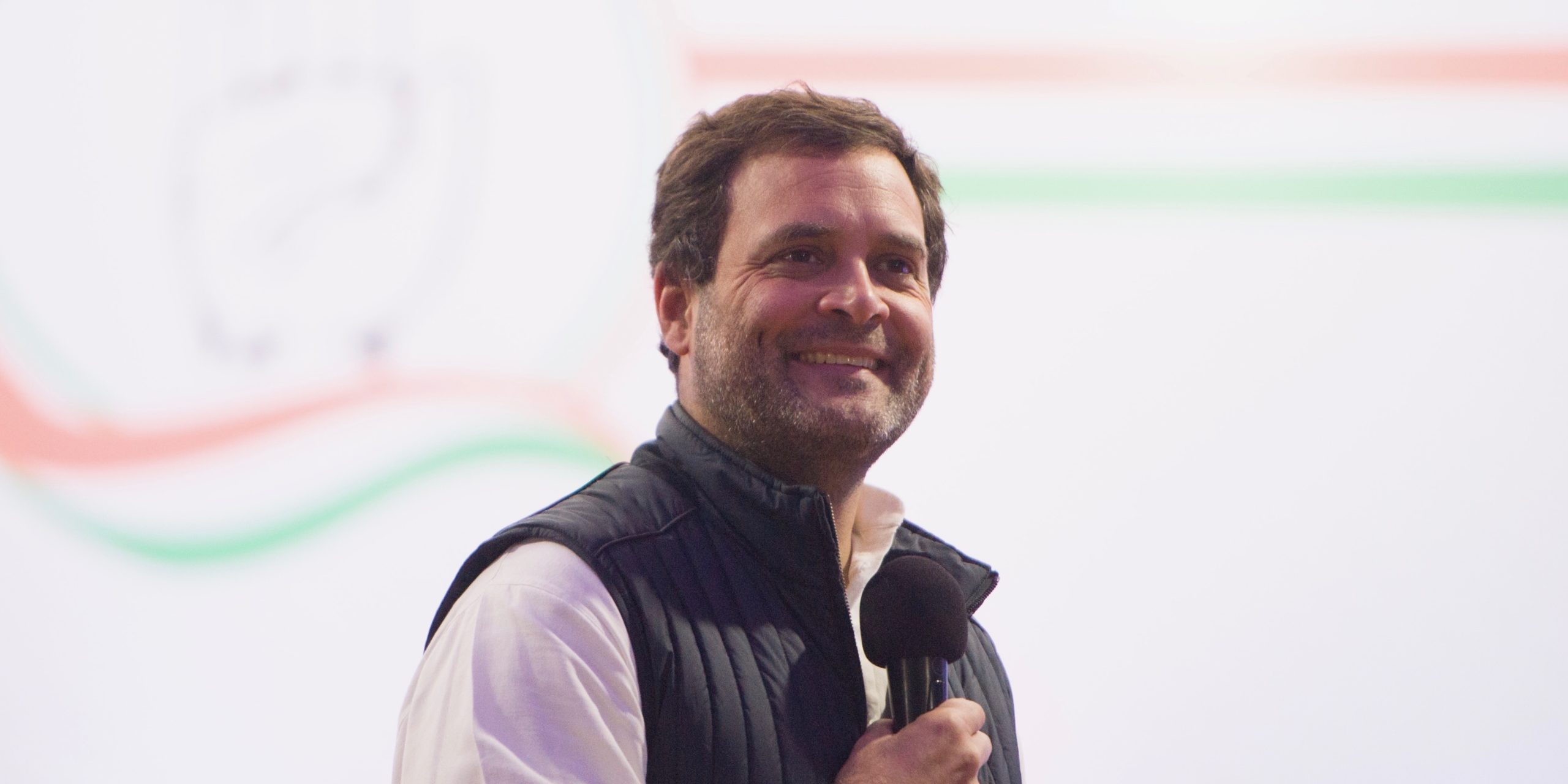 The Rashtriya Swayamsevak Sangh (RSS) loves to play the “politics of paradox”. Which means they stand at each end of the pole but sit on neither end, suitably confusing not just their critics but also their own cadres who, most times, have no idea what their leadership actually intends, being just soldiers in their army, cogs in their wheel.

But now, as Rahul Gandhi crosses his 50th birthday, the Congress leader’s inadvertent and accidental politics of the paradox is confounding them no end. He is not the Congress president, yet he is the only Congressman leading from the front. He is dismissed as a reluctant politician, yet he is the only opposition leader in recent months going hammer and tongs at the government. He has been deliberately labelled by the Bharatiya Janata Party (BJP) as inconsequential, yet he is the only leader who has had solutions not just to combat the coronavirus crisis but even before that when he advocated the Nyuntam Aay Yojana which would instantly have checked the migrant labour crisis during the lockdown and saved the Narendra Modi government its disrepute as incompetent and incapable. And he is refined, painfully well behaved and yet he can come up with barbs like ‘suit-boot ki sarkar’ or ‘chowkidar chor hai’ which stick and are often picked up by not just  his general supporters but also other leaders of consequence around the country.

So as the BJP in 2014 set out to destroy the Congress and thought it would be an easy task to reduce Rahul to tatters, today the RSS plays its politics of paradox again by distancing itself from the BJP’s agenda of Congress Mukt Bharat and hoping, almost pleading, with Rahul to destroy the Congress himself – a tacit admission that neither Modi nor anybody else in the BJP was able to accomplish the task on their own and needs his help to do so. 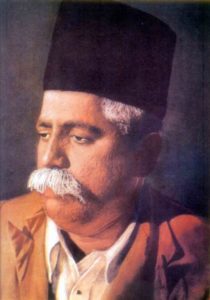 “Rahulji will be better off as a billionaire business tycoon,” says Dilip Deodhar, an RSS  ideologue from Nagpur, who is an enormous fount of knowledge in not just RSS philosophies and tactics but also the intertwining histories of the Congress and the RSS. After all, its founder KB Hegdewar was a Congress Seva Dal worker, part of the Tilak faction in the Indian National Congress, and moved away from the party after the advent of Mahatma Gandhi in the 1920s which set the party on the course to an all-inclusive secularism far removed from Lokmanya Tilak’s upper-crust Brahminism before then.

Gandhiji’s advent is often seen as the breaking point for many elitist Congressmen who until then were mostly either upper crust or upper caste, trying hard to keep out both Muslims and non-upper castes from the freedom movement. While Tilak’s passing away around the same time deprived these elitists of their anchor and led to the formation of the RSS (whose cadres were modelled on the Congress Seva Dal), its ideologues cling to the fact that Pandit Motilal Nehru was great friends with Tilak, oftentimes both issuing statements in each other’s names with the complete confidence that neither would deny the other and were completely in tune with each other. Thus they draw a dotted line to themselves with Nehru’s descendants.

But Gandhiji’s arrival and his adoption of Motilal’s son, Jawaharlal, as his political heir altered the course of both India and the RSS. For while Nehru had the appellation of ‘Pandit’, there was scarcely anything that was discriminatory in Nehru about other Indians. At times, he even took on his own father in his views and mostly won those battles.

Deodhar repeats more than once: “Mind you, (Jawaharlal) Nehru was a ‘Pandit’ and stayed a Pandit till the end.” 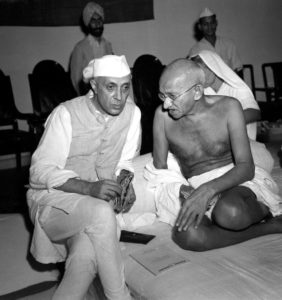 But beyond that Kashmiri Brahmin identity there is little the RSS can claim vis-a-vis Nehru, who remained fiercely anti-fascist till the end, even turning down  an attempt by Benito Mussolini, at that time a very powerful European leader and  nothing short of a Roman emperor, to meet and cohort with him. Nehru’s fierce anti-fascism and refusal to even associate with any right-wing leader has skipped two generations down to Rahul. For while his grandmother Indira Gandhi and father Rajiv Gandhi may not have treated the RSS as strict untouchables, Rahul simply is not enamoured of them and will have nothing to do with either the RSS or the BJP, even if the latter uses its office to trip his family up or threatens various cases against him and his family.

“He is absolutely fearless and simply has no lust for power,” says AICC general secretary Avinash Pande (in charge of Rajasthan), considered a Rahul acolyte. Pande also hails from Nagpur and knows the RSS  well. “And that is what makes it so difficult for the RSS  to understand what makes him tick – none of their usual tricks work so far as Rahul is concerned.”

Now look at another paradox in their politics – Deodhar admits that the BJP IT cell set out to besmirch Rahul’s reputation and succeeded to a certain extent but did not quite destroy him as they would have wished. So, he says, “If Rahulji wants to go down in history, he must follow  in Mahatma Gandhi’s footsteps and completely dissolve the Congress. It has outlived its utility.”

But therein is an admission that neither the BJP nor Modi were able to end the Congress and they need Rahul himself to clear the way for complete domination of the nation by the BJP. Because, frankly, very few other political parties are either uncompromised or have the capacity to take on the government at the Centre. Paradoxically, again, he says the BJP has no issues with Rahul. It is regional leaders, including breakaway Congress men and women who will not let him bloom because, one, he is much younger than most of them and, two, they cannot afford to cede territory back to the Congress. 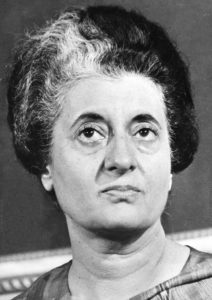 Indira Gandhi is much admired within the RSS, which had lines of communication open to her.

But there is also sympathy and a sort of  poignancy in Deodhar’s words on the Congress leader. “We are not against dynasty; we can live with them. Our leaders had communication at different times with both his grandmother and  his father. But it was only after Sonia Gandhi came on the scene that the Congress’ connection with the RSS was completely broken.”

But with the Nehru-Gandhis completely out of bounds for the RSS  now, Deodhar says rather sweepingly that there is hardly any other leader in the Congress who is not compromised by either the BJP or the RSS. “Look at the BJP’s Assam unit. The government is essentially a Congress government there and Modi and (Amit) Shah have this gameplan to chew up and digest the Congress everywhere and set up their own house. After all, we digested Pranab Mukherjee. One day we might even try to digest Sitaram Yechury (of the CPM).” What is left unsaid is that Rahul and his mother are the only ones who can give the RSS  some good, old-fashioned indigestion.

But there is also a sound suggestion. “Rahulji should keep in mind what his father had said during the Congress centenary in 1985 – that the party had become one of power brokers riding piggyback on Congress karyakartas. Today even every district Congressman has now become a  mohalla power broker and that is an enormous task before him if he does not dissolve the party. Show me one proper political grassroots adviser that he has. Whiz kids or technocrats are good to interact with but they do not go down to the grassroots. And that is his major drawback.”

There is a tacit admission by the RSS that the BJP IT Cell set out to destroy Rahul’s image but didn’t succeed altogether. Instead, Rahul has been the one opposition leader consistently taking on the government.

There is a reluctant admission that the stupendous task facing the birthday boy in his golden jubilee year is not of his making – the party was already hollowed out by other power-hungry leaders who handed him an almost dead duck in 2014 and threw him into the deep waters to swim to the other side on his own. “He has so many counters – if he speaks of (destruction of) democracy, there is the Emergency that he must counter; if he speaks of Rafael, there is Bofors; he speaks of corruption, someone comes up with 2G; even when an elephant is killed in Kerala – which farmers are bound to do to save their crops – his aunt Maneka Gandhi will target him for being an MP  from that state. He is carrying a baggage not of his own which is very difficult to shake off. But make sure when you write your article to say that RSS bears him no grudges and wishes him a happy golden jubilee.”

Baggage. That is what even many Congressmen at the grassroots too think. In 2014, Rahul Gandhi was thrown in at the deep end, without even being the party president, by leaders who let him carry their baggage, says Sachin Sawant, Mumbai party spokesperson, “People were already sick of the Congress and there was a fresh new promise on the horizon. The outcome was inevitable. But he has bravely battled on. However,  now is the time for a complete overhaul of the party and its strategy.”

Many Congressmen, speaking off the record were of the view that Rahul should not have quit the party presidency in 2019 because the last months have proved that he is not only the only leader actually leading the Congress but also the only opposition leader of consequence who has the courage to speak truth to power, consequences be damned.

Perhaps that is what even the BJP fears and why  the RSS blunts its edges and holds out an olive branch. That makes the paradox of being Rahul complete in his 50th year.

(This piece first appeared in the National Herald)