Audio podcast: For ‘aatmanirbharta’, a forest under siege 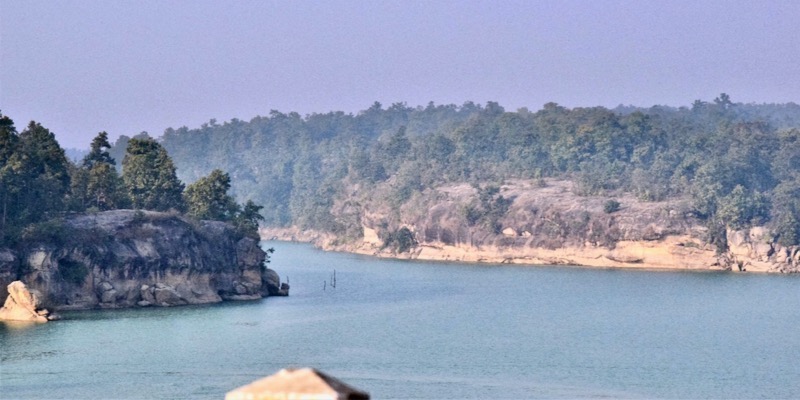 What lies above the ground in a forest are trees, wildlife and an ecology vital to indigenous communities and their age-old culture. While they have seamlessly become part of this ecosystem, what lies below is what threatens them now. I’m referring to coal.

I say it’s a threat to them because, under the ‘Aatmanirbhar Bharat’ umbrella, India’s government signed the death warrant for the Hasdeo Arand forest in Chhattisgarh state in the form of a blueprint for 40 new coalfields. Not only is this disastrous for the ecologically sensitive zone, it threatens local Adivasis and wild animals like elephants.

The government claims there is good reason for this. At a time of economic crisis, it wants to shrink India’s costly coal imports of 250 million tons a year. The only way to reduce this burden is to open up forests for mining. So, five blocks in Hasdeo Arand’s 420,000 acres were identified for the auction block in order to extract the estimated 5 billion tons of coal that lie underneath them.

Under commercial coal mining, Chhattisgarh would get a minimum of Rs 4,400 crore in revenue in a year and around 60,000 new jobs. Additionally, commercial coal mining would contribute Rs 25 crore to District Mineral Foundation funds to be used for inclusive development of regions around the coalfields.

However, they were not without controversy. Four states – West Bengal, Maharashtra, Jharkhand and Chhattisgarh – objected and one block, part of which was in the Tadoba tiger reserve, was removed.

A few days ago, Union Minster for Coal and Mines Pralhad Joshi said the government has accepted Chhattisgarh’s proposal to exclude coal blocks in Hasdeo Arand, but is including three new ones. How this pans out and whether the forest will emerge unscathed remains to be seen.

The indigenous communities are no strangers to the coal juggernaut. In 2011, two open-cast mines were started on Hasdeo Arand’s peripheries, roiling earth and sky alike with excavation, toxic smoke and deafening noise. It destroyed local lifestyles and induced behavioural changes in the animals, making them more aggressive. Unsurprisingly, the prospect of thousands of hectares of forest wiped out for mining has alarmed the Adivasis.

Nine elected headmen from the area wrote to Prime Minister Narendra Modi demanding a ban on the mining. They said that, while on the one hand Modi talks about ‘aatmanirbharta’ or self-sufficiency, he has on the other made it easier to attack the livelihoods, lifestyle and culture of Adivasis and forest-dwelling communities.

According to the headmen, their village councils already have a model of ‘aatamnirbhar’ self-governance under laws like the Panchayats (Extension to Scheduled Areas) Act and the Scheduled Tribes and Other Traditional Forest Dwellers (Recognition of Forest Rights) Act. Disregarding their resolutions and local opinion flies in the face of the ‘aatmanirbharta’ Modi has spoken about.

The tribals have also made it clear that no amount of money can compensate for the loss of their way of life.

So, what other than the large import bill, roughly $20 billion or Rs 1.5 lakh crore, is pushing the government into a stronger embrace of coal? In India, its largest consumers are the power generation, steel, sponge iron and cement industries. All of them are thirsting for cheaper, stronger supply and are presumably interested in the coalfields becoming a reality.

Modi wants to go a step further and is on record saying he wants India to become the world’s largest exporter of coal. However, the world may not be interested. With roughly 45% ash content, Indian coal is among the most polluting in the world, and an international market seems unlikely for it. Even within the country, there would be a need to import cleaner coal.

The forecast for India’s power demand, meanwhile, is bleak. It could fall up to 15% over the next five years due to the COVID-19-induced downturn. So its demand for coal, too, may be lower than expected.

The world over, governments are moving towards greener energy but India seems set on a coal-fired future. Solar is a viable solution – India is already the world’s cheapest producer of solar power and the cost of a solar plant is 14% less than that of a coal plant. Yet, the government insists, coal is the cheapest way of meeting India’s energy needs.

There are allegations that the push for mining is due to a nudge from powerful corporations. Former Environment Minister Jairam Ramesh alleged the hand of the Adani Group, which is contracted to operate two mines already open in Hasdeo Arand. The Adani Group called the allegations baseless and politically motivated. A spokesperson said its only aim was to ensure affordable energy supply to a populace whose per capita energy consumption is less than half the global average.

To be fair, none of the allegations against the group have been proved but, whatever the truth, none of the arguments in favour of mining are cutting any ice with local communities. On World Environment Day, 20 villages of Hasdeo Arand erupted in protest. The Adivasis, who live largely off the forest, alleged violations of their right over the land and its natural resources.

The tussle in Hasdeo Arand is an age old one playing out across the country in various forms. Projects launched in the name of development often seem loaded in favour of the corporations executing them and their political friends. We’ve seen this in Gujarat, Odisha, Jharkhand, Chhattisgarh, you name it. Each time, it’s the locals, the environment and age-old ways of life that are crushed under the wheels of progress – or whatever passes for it.