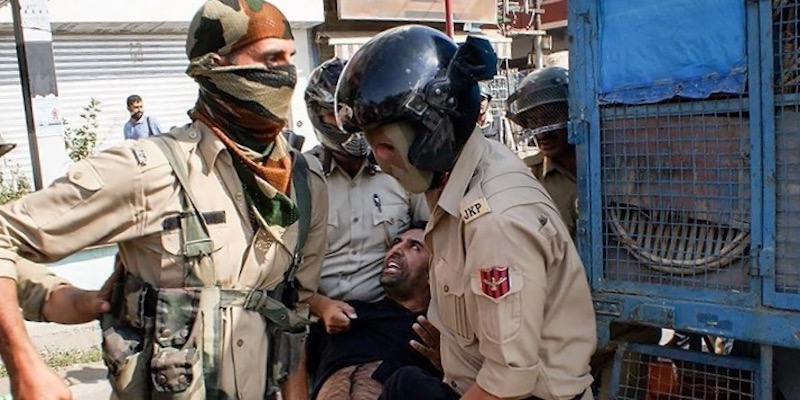 1,606 of the deaths in judicial custody

24 under suspicious circumstances in which police cited suicide

75 of the 125 dead were from poor/marginalised communities

This is a podcast I wish I never had to make. But the deaths in police custody of P Jayaraj and his son J Bennicks in Tuticorin, Tamil Nadu, after two days of brutal torture and sexual assault should shake our souls.

It is only the latest in a long, seemingly unending line of such cases.

On June 19, Jayaraj got into an argument with the local police, who accused him of flouting lockdown rules by keeping his mobile repair shop open past permissible hours. The police took him in and when his son, Bennicks, went to secure his release, he was taken in too.

On June 22, Bennicks died in agony at Kovilpatty General Hospital followed by his father the next morning.

What happened in those two and a half days is a horrifying tale of brutality and the absolute abuse of power. For hours, the duo was subjected to extreme torture and sexual violence, including the insertion of batons into their anuses, at Sathankulam Police Station. All through the night, their lawyer S Manimaran waited outside listening helplessly to their screams.

As details were revealed, and there was a national outcry, the policemen responsible got away with the lightest possible punishment. Two were suspended and the inspector of Sathankulam is being kept under compulsory wait till the next hearing on June 30.

This has brought into sharp focus again the regular incidents of police torture leading to death in several cases. These continue despite strictures by various courts.

What Delhi Additional Sessions Judge Sanjeev Kumar Malhotra said while delivering a verdict last year is telling: “One of the reasons for custodial death is that the police feel they have the power to manipulate evidence as the investigation is their prerogative and, with such manipulated evidence, they can bury the truth. They are confident they will not be held accountable even if the victim dies in custody and even if the truth is revealed.”

The methods of documented torture are barbaric: electric shocks, pouring petrol or chilli powder on private parts, beating while handcuffed, pricking the body with needles, branding with hot iron rods, beating after stripping, urinating in the mouth, inserting a hard and blunt object into the anus, beating suspects after hanging them upside down with hands and legs tied, forcing them to perform oral sex, pressing fingernails with pliers, beatings with iron rods after the victim is suspended between two tables with the hands and legs tied, and kicking the abdomens of pregnant women.

In a historic order on police reform in 2006, the Supreme Court ordered every state to have a Police Complaints Authority that citizens can approach in case of police misdemeanour. However, only a few states such as Kerala, Jharkhand, Haryana, Punjab and Maharashtra have implemented the order.

Suspensions and inquiries will not do the trick. Until such criminal policemen are tried for torture and murder, and exemplary punishment handed out to them, this human rights crisis will not go away.

Thank you for watching.