Heroism and compassion amid the horrors of Partition – Part 1 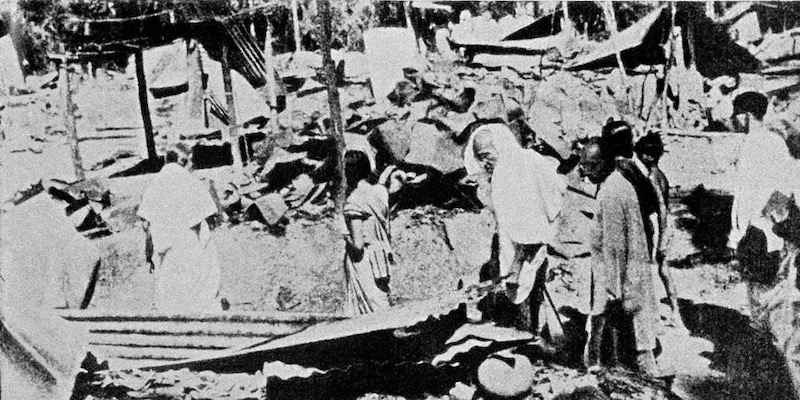 This is the first installment of a two-part series on the acts of courage, which symbolised the syncretic heritage of the subcontinent, amid the communal savagery that marked the Partition of India

On Independence Day eve, Prime Minister Narendra Modi declared that henceforth August 14 would commemorate “Partition horrors”. Many genocides are commemorated worldwide on symbolic days but in most the intention is to heal, not to keep the scars festering. Judging from the prime minister’s record as chief minister of Gujarat and from the of the organisation he comes from, the Rashtriya Swayamsevak Sangh, his intentions are questionable. As chief minister of Gujarat in 2002, he had been, to say the least, benevolent towards what he brushed off as “spontaneous reaction” to the horrifying incident at Godhra. Violence thrived unchecked on his watch.

Yes, Partition and the unimaginable crimes that accompanied it must never be forgotten, but the scars they left behind must be allowed to fade, not fester. Those horrors are a matter of shame for the entire subcontinent – India, Pakistan and what is now Bangladesh. They are a blot on the syncretic heritage of our region, a shame shared by Muslims and Hindus alike.

But it must also not be forgotten that in the midst of the horrors there was hope, in the midst of devilry and villainy there were heroic deeds of humanity too. The villainous deeds far outweighed the heroic and humanitarian ones but both, the villainous and heroic deeds, took place amongst both religious groups involved. While commemorating Partition’s horrors it must not be forgotten that along with Hindus, Muslims too were victims of savagery and that, as amongst Hindus, there were heroes amongst Muslims too.

Violence erupted in August 1946, initiated by Muhammad Ali Jinnah’s Muslim League’s call of ‘Direct Action Day’ to be observed on August 16, 1946, as the beginning of a no-holds-barred battle for Pakistan. What must be remembered is that the violence was not in all areas where Muslims were in a majority, but occurred in the provinces where the Muslim League was in power. They were more political than communal.

Initially, in Calcutta, Muslim League thugs massacred Hindus. Then, extremist Hindu organisations massacred Muslims. In both instances, humanity was killed but we like to keep scores so everything has to be in terms of ‘us’ and ‘them’. This sparked off a chain of violence. The killings of Muslims in Calcutta was avenged in East Bengal, particularly in the remote Muslim majority districts of Noakhali and Tiperrah. Hindus were butchered, forced to convert under threat of death and girls and women were raped, abducted and trafficked. The same was earlier done in Calcutta by both communities and has happened subsequently wherever hate violence has erupted, preceding and during Partition and in independent India.

The violence in Noakhali was avenged by pogroms against Muslims in Bihar. Hate and savagery had been ignited and was consuming India even before it was independent. All this while the west, Punjab and later Sindh too, were consumed by an inferno of hate. Even in Jammu province of the then Riyasat-e-Kashmir, Muslims were targeted. As for the Pakistani kabaliya invaders, they were equally brutal with both Hindus and Muslims.

The violence continued unabated during the transfer of power. Sanity was established only in 1948 by the shock of the murder of Bapu, Mahatma Gandhi.

Amidst the carnage, there were great acts of heroism and humanity. Today, when the prime minister decides to commemorate the horrors, he should grieve for all those murdered irrespective of their religion. We need to especially commemorate the heroes who saved others, putting their own lives in danger. They represent the India we are losing today.

Amidst the insanity, there were heroic instances of Muslims risking their lives to save their Hindu neighbours and Hindus doing the same for Muslims.

In Noakhali, Muslims and Hindus of Hasnabad village vowed to not allow the peace to be shattered. When the Muslims heard that rioters were meeting at a secluded badi to plan an attack on Hindu homes, they led the police to the spot and the would-be murderers were arrested and Hindus saved.

At Bhatialpur, a lone Muslim man stood between a Hindu doctor and a mob, protecting him at the risk of his own life. He bravely bore a blow from a dao, a long curved machete, intended for the doctor. That doctor, Chandrashekhar Bhowmik, later joined Bapu’s peace mission and served as a translator for Pyarelal Nayyar, Gandhi’s secretary and biographer. His Muslim saviour later also saved Nayyar, who was waylaid one night by a gang of Muslim cut-throats while he was rushing to defuse a critical situation in a village covered  by the peace camp he had established.

Many women were rescued from mobs by their Muslim neighbours, shielded and later returned safe to their families or to the authorities. Two girls, who were rescued by their Muslim neighbours, recounted their story to Gandhi. They were all praise for their Muslim rescuers who had given them refuge, braving insults and threats from the mobs. Their benefactors even ensured that the girls lived by the strict Hindu tradition, and arranged for them to be able to cook their own food. Sadly, once the situation normalised, their relatives refused to accept them back saying they had been polluted by their contact with Muslims. Finally, the girls were brought to the Gandhi Peace Mission camp, and lived and worked there. 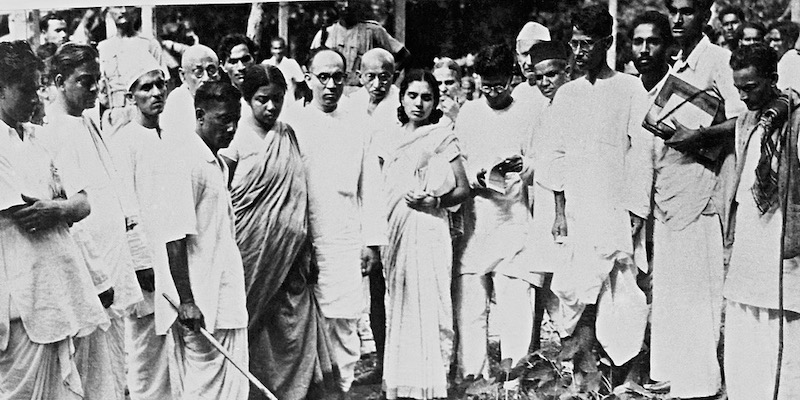 Mahatma Gandhi and his peace missionat Noakhali in 1946.

Ghulam Sarwar was the leader of the carnage in Noakhali and Tipperrah. In Bhatialpur, his killer gang had a list of five Hindus whose heads Sarwar had demanded. The local Muslims refused to oblige. When the standoff was reported to Sarwar, he demanded that five Muslims pledge their lives as guarantee of the “good conduct” of the Hindus. Accordingly, five local Muslims stepped up.

A Muslim in Karatkhil refused to join the murderous mob that was killing Hindus. He was penalised – the killers slaughtered his cattle and feasted on them. Sarwar’s brother, a maulvi, publicly condemned his brother’s savagery. At the peak of the riots, when the Hindus living in his village came to him for advice as to whether they should convert to escape death, he advised them not to. He said they should not convert unless Islam appealed to them on its merits and they felt an inner urge to accept it. He also assured them that as long as he was alive they would be safe; he remained true to his word.

In Razakpur under the Begumganj police jurisdiction, a Hindu advocate popular amongst both communities was marked for execution. The local Muslim Member of the Legislative Assembly, who was also a Pleader in court, secretly warned him about the threat. A local maulvi sent him away in his own boat with a trusted boatman to the railhead of Chandpur. He personally saw off the advocate at the railway station, tears streaming down his face. When a few months later news of the maulvi’s death reached the refugee, it was his turn to mourn.

There were many others who performed significant acts of heroism. In those days, abducted girls and women were transported from riot-affected areas to other parts of India, especially its cities, for ‘trade’. Several women, Hindu and Muslim, worked tirelessly, fearlessly patrolling trains and manning checkposts on roads and highways to rescue women and children from traffickers. Prabhavati Behen worked tirelessly in Bengal and Bihar; Aruna Asaf Ali and others rescued many on both sides of the divided subcontinent. They rescued them all without asking them their religion. Rameshwari Nehru was tireless – along with Mridula Sarabhai, Kamlaben Patel and other women in Punjab, on both sides of the new border, even after Independence – to find, rescue and repatriate abducted women and children. Then, too, the victims’ religion was not of concern to them; what mattered was the rectification of a crime, a sin. 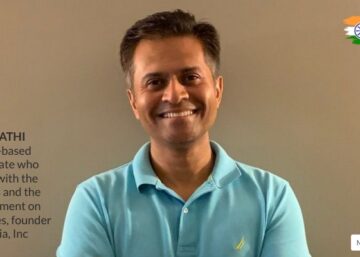 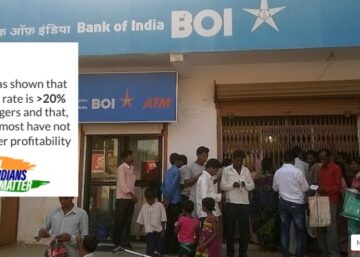 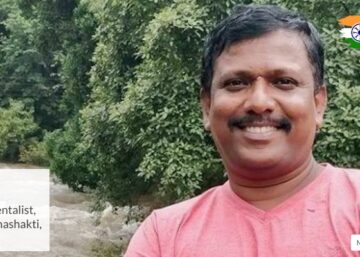