We can’t have an Atmanirbhar Rashtra without self-reliant villages 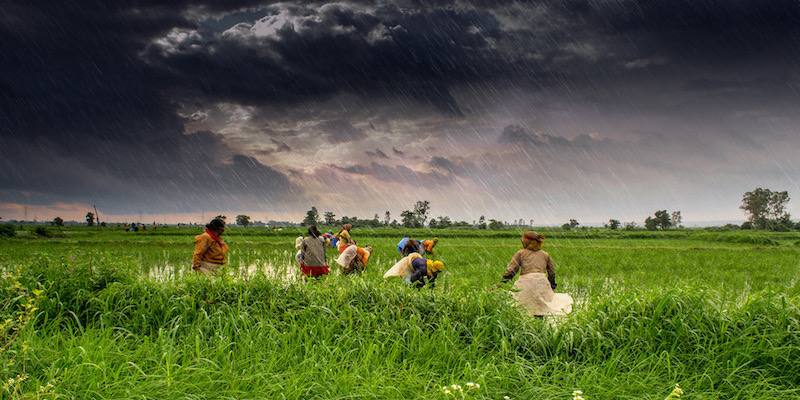 COVID-19 has changed the way we live, the lifestyle we have got used to. The sham of our economic resurgence is evident. But when our present is threatened, we go back to our past and so COVID-19 has given us a ray of hope.

‘Atmanirbhar Rashtra’ is being positioned as a silver lining to an ominous dark cloud. So, what’s new? Only the person saying it. Mahatma Gandhi, or Bapu, had talked about an India made up of a network of self-reliant village republics that would be the country’s production nerve centres. They would thrive on unique cottage industries based on regional and traditional capabilities, not caste-based occupations but skill- and craft-based enterprises. They would produce for utility and trade the surplus.

If India has become self-sufficient in food production, even if it is just on paper and has no impact on its malnutrition rate, one sees Gandhian ideology at work. Where farm produce is based on traditional abilities and regional possibilities, we produce grain, cereals, pulses and vegetables in villages. What the farming sector lacks is the bridge to markets and, since the government needs a captive market, it restricts the ability of the farmer to sell his produce profitably. Hence the practice of base support prices, which has harmed the farmer and farming instead of allowing him to produce for profit. This is why farming relies on subsidies and bailouts.

Even our industrial model depends so much on disguised subsidies and bailouts from time to time. Look at what is happening post the announcement of the COVID-19 industry booster, or Atmanirbhar Rashtra package announced by the prime minister, and the unimaginable Rs 20 lakh crore stimulus. Everyone is occupied in figuring out who is going to get what. This is the state of our industry, this is how fragile our economy is – even its revival package is a desperate gamble.

A society preying on the weak

If COVID-19 has thrown up an economic challenge, it has also held up a mirror to us as a society and nation. How successfully we have created a divide between our citizens, not on the basis of religion or caste but of economic disparity. The human tragedy playing out on our highways and rail tracks should shame us all. Why is this desperate migration happening? Why is such a large section of our citizenry living such a pitiable, unsustainable existence? Why is it that where they have their home they have no occupation, and where they have an occupation it isn’t home? How did we create such an unequal and unsustainable society? How did we allow such heartless inhumanity to exist?

We are all guilty. The government – not just the present one, but all governments of independent India – are guilty, but we as a people are also responsible because we exploited their ability but were not bothered about them. For us, they were the invisible population for whom we were never responsible but without whom we could not exist. Now when our well-being, our existence is in peril, we have suddenly woken up to the new ‘patriotic’ ideology of an Atmanirbhar Rashtra. Is that self-reliance egalitarian or self-serving? Unless we truly adopt the ideal of Atma Nirbhar Gaon, we will end up creating a self-serving nation rather than a compassionate, self-reliant one.

It’s not too late, but we will not achieve it by coining populist and fancy slogans. We will have to adopt the ideals of our founders, we must rediscover Gram Swaraj and Gram Udyog. We must adopt compassionate enterprise, social enterprise with a heart, not a heart that beats for profits but one that ensures that all become self-reliant, swavalambi – a svavalambi praja, or truly independent citizens. Purna Swaraj.

Gram Udyog is the answer 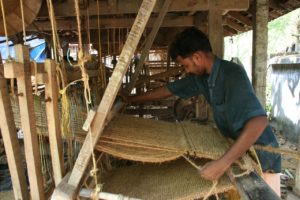 Investing in village enterprises is critical if we are to be a self-sufficient nation.

The lockdown has shown us how our giant industrial complexes are unsustainable without the requisite human power to run it. Automation and robotisation of our industry is not the answer. We have a huge pool of human power that needs to be utilised, and that will only happen when industry is decentralised. A huge grid of self-reliant, interdependent production facilities will have to take the bottom-up approach, starting from small cottage industries and going up to large assembly lines.

We have the ability, the human component, the intellectual prowess too, but we need to adopt the principal of trusteeship, of holding all abilities in trust for the betterment and profit of humanity and consequently the nation. This is a collective, collaborative and cooperative model of industry and business. If we adopt it, which unfortunately we abandoned, we can survive the COVID-19 calamity and eventually thrive.

We have lost the trust of a large portion of our population, which has realised that in a time of crisis they were abandoned. Neither government nor society came to their aid; they were forced to flee with the proverbial clothes on their backs. A few bottles of water and packets of food aren’t going to restore their belief in us. We have taken their labour for granted and become oblivious to their existence as human beings. This will have to change. An Atmanirbhar Rashtra cannot be a non-caring and exploitative society.

If we had adopted the ideal of Gram Swaraj and Gram Udyog, our production centres would have been functional even during the pandemic. Even when our urban centres were locked down, our rural communities functioned. While industry was crippled, agricultural activity continued. If industrial production was happening in our villages, it would not have been crippled. A large portion of our labour force would not have been destitute and forced to flee. They would have been at home while still being productive. Even during the lockdown, agricultural activity is continuing in our villages and they are supplying life essentials to our locked-down and crippled metros.

There is no need to go back to the drawing board and draft a blueprint to achieve an Atmanirbhar Rashtra. We have a workable Gram Swaraj, Gram Udyog blueprint crafted by Bapu and rural economists like JC Kumarappa. 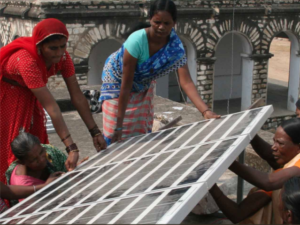 The Barefoot College’s solar project that brings electricity to rural areas and empowers women is revolutionary.

There are several examples of such models. They are not business enterprises but social, compassionate, cooperative enterprises. Look at Fab India – it has done much more for the rural crafts communities and artisans than the inefficient, corruption-infested and parasitic Khadi and Village Industries Commission. Look at how SEWA has brought about empowerment of women and made them financially atmanirbhar. Look at how several NGOs have enhanced personal hygiene for rural women by producing affordable sanitary napkins. They provided for this need when the multinationals couldn’t be bothered. Affordable sanitary napkin production has spawned a self-sustained and atmanirbhar rural enterprise, providing revenue and employment to rural communities and an affordable essential product for the rural populace.

The Barefoot College in Tillonia, Rajasthan, trains women and enables them to set up such sanitary napkin production facilities and sells their produce to rural and affordable healthcare institutions and to the rural community. Women are benefiting from both, the economic activity and on the personal hygiene front.

The Barefoot College also has the Solar Grandma project through which they bring rural, uneducated and poverty-stricken grandmothers to their campuses and in six months train them to produce solar electricity units to redress the lack of rural electrification. These women go back to their communities and become solar entrepreneurs providing sustainable, non-polluting energy solutions to their communities.

Khamir in Bhuj, Gujarat, works with artisans and traditional crafts communities in Kutch to produce and market high-end lifestyle products, fashion garments and accessories. It has helped rejuvenate and create atmanirbhar communities of artisans and craftspersons.

Hunnar Shala, also in Bhuj, gives hope to school dropouts by teaching them masonry and carpentry, empowering them with a skill so that they go from societal castaways to a productive segment of urban society. These are atmanirbhar dropouts of our education system. 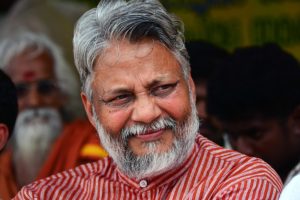 Rajendra Singh, the waterman of India, brought about a miracle in Alwar and Siriska in rural Rajasthan. In a chronic, drought-struck, arid area, he utilised traditional wisdom and jugaad to create rainwater harvesting systems and stopping soil-eroding rainwater runoffs to recharge and rejuvenate natural aquifers. In chronic water scarcity areas, he created reservoirs that provide for 15 failed or deficient monsoons. He has rejuvenated groundwater to such an extent that all dried up wells have become perennial water sources. His efforts have resulted in three dried up rivers becoming ever flowing. Villagers, who lived by growing barely one crop annually if the monsoon did not fail, are today growing three to four crops totally independent of the rains – atmanirbhar. All this without government intervention, a pure people’s enterprise.

In the slums of Mumbai, Market Place and Share are cooperatives of artisans and craftspersons who work together to produce high-end fashion garments and accessories – from weaving and dying to printing and embroidery. Their products are sold by mail order in the US and Europe – atmanirbhar slum dwellers working to better their own lot, social enterprise at its most profitable.

The Women’s India Trust has shown the way to poor urban and semi-urban women.

There are many such enterprises, self-sufficient, compassionate and efficient but very few as a proportion of the population. COVID-19 and the new-fangled ideology of Atmanirbhar Rashtra can become successful but for it to truly succeed we will have to, as Bapu said, look towards our villages. In other words, Gram Swaraj.